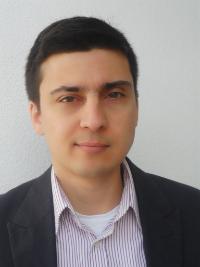 Christophe Aïssa obtained his PhD under the supervision of Professor Malacria (University Paris 6, France) in 2001, focussing on the study of the factors influencing the outcome of transannular radical cyclisations cascades directed toward the synthesis of natural sesquiterpenes. He then joined Professor Fürstner group (MPI for coal research, Mülheim/Ruhr, Germany) as postdoctoral research assistant, working on the total synthesis of biologically active marine secondary metabolites. In 2003, he was appointed senior scientist within the same group, working further on total syntheses, but also on transition-metal catalysed reactions. In July 2007, he was appointed Lecturer at The University of Liverpool with a RCUK fellowship.