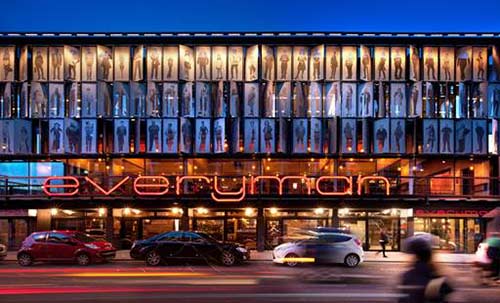 Using as examples some of  Haworth Tomkins projects ,culminating in the Liverpool Everyman ,  the presentation will be  looking at issues of community, making creative space and the expression of the essence of live performance.

Roger studied at the University of Bath and worked with Tim Ronalds Architects before joining Haworth Tompkins in 1995. He has been centrally involved in most of Haworth Tompkins’ performance arts projects and is the studio’s most experienced and knowledgeable theatre designer. Roger has been with the studio for over twenty years, working as co-designer on many award winning projects including the Royal Court, the temporary Almeida theatres at Gainsborough Studios and Kings Cross, the Young Vic, the North Wall, the Egg at Bath, RCA Sackler Painting School and new Campus in Battersea, Chichester Festival Theatre, and the Liverpool Everyman.