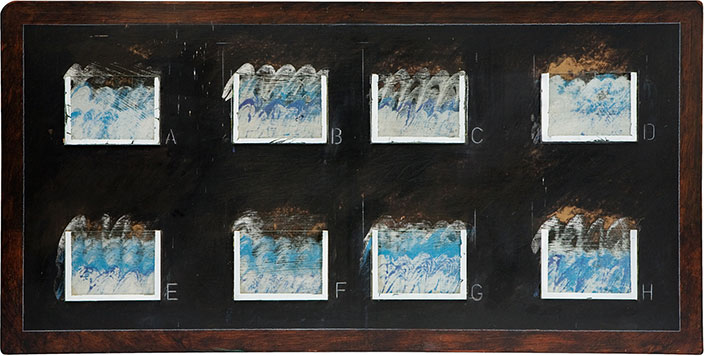 Sequences are applied in several disciplinary fields, from cinema to narrative, in order to compose and to structure oeuvres by logical and meaningful schemes.

Referring to architecture, sequences could be considered as strategic designing method, not just to analyse temporal phases of the project development, or to interpret buildings as succession of visions, but as compositional tools to arrange space during time. Close to the concept of dispositio, formulated by Vitruvio, the architectural works organised by sequential successions of spaces depend on values of movement, experience, perception, and they create new layers of sense and complexity through dynamic relations with the user.

Starting from those statements, and also considering the contemporary debate in architecture over images and virtual reality, sequences are identified in various cases of study, enlightening all their potentialities as strategic design instruments capable to give back to experience its fundamental role in architecture.

Carla Molinari is currently Visiting Scholar at the Centre of Architecture and the Visual Arts at the University of Liverpool. She is completing her PhD at the University Sapienza of Rome and her research engages in visual design and innovative interpretations of sequences and montage in urban planning, architecture and landscape. She has published on the relationship between architecture and cinema, on the conception of architectural space and on cultural heritage regeneration. She has curated two architectural photography exhibitions, in Pavia (Broletto, 2012) and Novara (AsiloBianco, 2013). She is the recipient of the Best Young Critic of Architecture Prize, organised jointly by presS/Tletter and professioneArchitetto (Rome, 2014).