During my PhD I am aiming to explore the noble gas and halogen systematics of ophiolites. These are sections of oceanic crust and mantle thrust onto the continents during mountain building events. I am working with Brian O’Driscoll, Ray Burgess and Patricia Clay in the School of Earth and Environmental Sciences at the University of Manchester and funded by NERC.

The focus of the project will be on the mantle sections of these units, which typically preserve much greater heterogeneity than is found in derivative melts brought to the surface by volcanic activity at mid-ocean ridges (MORB) and oceanic islands (OIB). Key questions are the (1) extent to which tectonic cycles leave a geochemical legacy in the mantle root, (2) whether this can be unpicked from later alteration associated with ophiolite emplacement and (3) what the detailed chemical stratigraphy of oceanic lithosphere means for recycling of volatile elements into the deep Earth.

Much of the analysis will be using the noble gas method for accurate determination of halogen contents in the rocks and their constituent minerals. This entails irradiation in a nuclear reactor to convert halogens to noble gas proxy isotopes (38ArCl, 80KrBr, 128XeI) followed by detection in a noble gas mass spectrometer: an extension of the widely used Ar-Ar dating method.

The lead times on irradiation of samples (and “cooling” of the resultant radioactivity) gives me plenty of time to explore other techniques. These will include natural (un-irradiated) noble gas mass-spectrometry, electron probe microanalysis (EPMA) and perhaps other “classic” mantle isotope systems such as Nd, Pb, Sr or Os.

Initially I will be focussing on well-characterised samples from the Leka (Norway) and Shetland (Scotland) ophiolites, both formed at similar times during the Caledonian orogeny (c.500 million years ago). Down the line, the project may branch out to look at other ophiolites and, with them, opportunities for fieldwork and sample collection in Oman, Oregon or Cyprus. 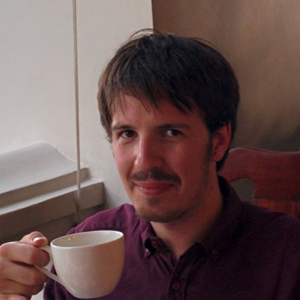