Pavel was born and raised in St. Petersburg, Russia. In 2004 he was enrolled into the faculty of Robotics and Technical Cybernetics. Pavel went to the military department of the PolytechnicUniversity in his 3rd year, up until he graduated as Reserve officer of Anti-aircraft Rocket Forces in 2010. During his 6th year at the Polytechnic he joined AIESEC, a global youth non-profit organization that develops leadership capabilities, where he worked as a volunteer throughout a year. He earned his Bachelor’s and Master’s degrees in Automation and Control from the St. PetersburgStatePolytechnicUniversity. Both with honors. His Master’s thesis is entitled “Precise control of the Stewart platform (hexapod robot)”.

Since he has been employed as engineer and programmer by the D.V. Efremov Scientific Research Institute of Electrophysical Apparatus starting December 2010, Pavel has been deeply involved in a joint international R&D project that aims to demonstrate the scientific and technical feasibility of fusion power, also known as ITER. As a result of his work, Pavel has implemented a distributed control system (based upon EPICS, a widely used open-source software suite for controlling particle accelerators, radio telescopes, etc) in the Fast Discharge Unit for ITER and a data acquisition system for the high-current test stand at the Pulsed power lab. He also got practical experience while conducting physical experiments using various cutting edge electrical instruments.

Pavel has received a Marie Curie fellowship within the oPAC framework and will be working at Cosylab in Ljubljana, Slovenia. His main focus will be the study and optimization of control systems for particle accelerators. 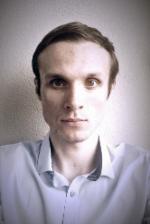