View the latest Liverpool Law School events and seminars, including those hosted by CLPU. 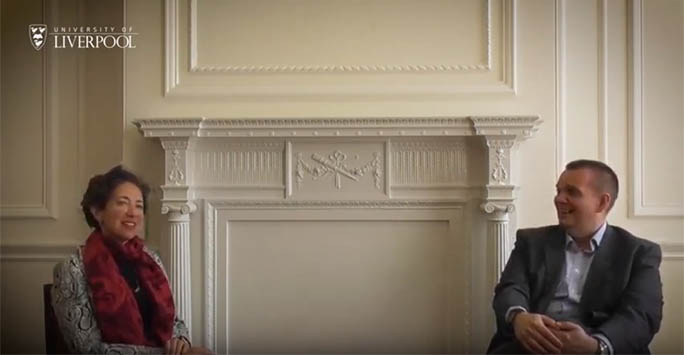 Held in conjunction with the Chancery and Commercial Practice Group, Atlantic Chambers, this special guest lecture took place in the new Events Space at the School of Law Social Justice, University of Liverpool.

The lecture, delivered by Professor Sue Bright (New College, Oxford) was entitled 'Property Voices in the Shadow of Grenfell'.

Read more about the event and watch a video of the full lecture:

A seminar hosted at Unversity of Liverpool in London. Over recent years charities have been in the headlines for the wrong reasons on a number of occasions. Scandals have arisen around sexual abuse and exploitation, aggressive fundraising methods and the very public collapse of large charities.

This solutions-focused international symposium considered how researchers with an interest in charity law can collectively raise the profile of charity law teaching and scholarship and, as a result, generate new research interest (particularly among early career researchers). Read more.

In February 2017, the Liverpool Law School hosted the second annual Property Law lecture, organised in conjunction with the Chancery & Commercial Practice Group, Atlantic Chambers, Liverpool. This year, the lecture was delivered by the CLPU’s Professor Warren Barr, and was titled ‘Repudiatory Breach of Leases – Hard Lessons for ‘Contractualisation’ of Leases’.

In October 2016, Francesca Quint, barrister at Radcliffe Chambers, delivered the Unit’s annual public lecture, titled ‘Protection of Charities under the Charities (Protection and Social Investment) Act 2016: Too Little or Too Much’. In the lecture, attended by students, academics, charity practitioners, trustees and lawyers, Francesca focused on those provisions of the Act which deal with the protection of charities. She concluded that the Act is capable of facilitating better regulation by the Charity Commission by providing a more coherent range of powers, enabling threats to charities to be reduced or removed. However, the way in which the legislation is expressed places excessive importance on informal guidance and demands of the charitable sector a greater trust in the inherent fairness and proportionality of the Commission’s approach to its powers than, perhaps, past experience would tend to justify. The text of the lecture has now been published in the Charity Law & Practice Review.

Professor Elizabeth Cooke, Principal Judge, Property Chamber, Land Registration Division and former Law Commissioner gave a lecture on 18 February 2016, entitled, ‘Charity Law and the Boundaries of Non-Political Law Reform’.  In her lecture, Judge Cooke described the process of charity law reform and focussed on the new power to be given to charity trustees to make social investments. Read more.