The road to recovery: Old Damascus has a long history of rising from the ashes 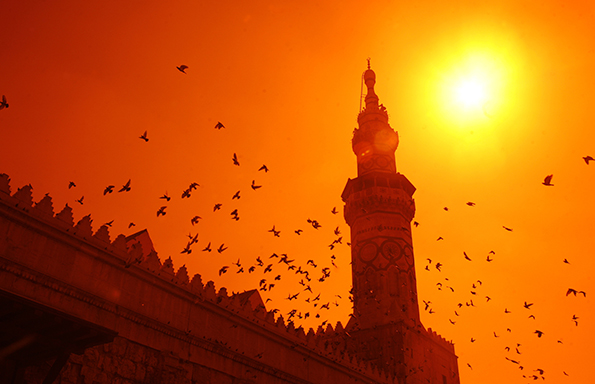 As a Syrian architect, my enjoyment is complete when I wander through the districts of Old Damascus. I used to walk with my daughter and tell her stories about each significant place we passed. In Old Damascus – one of the longest inhabited cities in the world – 5,000 years of history come alive. The tight network of traditional streets are complemented by stunning architectural masterpieces, such as the ancient Umayyad Mosque (completed in 715AD), the Roman Temple of Jupiter and the Byzantine arches.

Al Asruniyeh souk was our favourite destination on special occasions. Al Asruniyeh is a commercial neighbourhood located between the Citadel of Damascus and the Great Mosque of the Umayyads, inside the walls of the ancient city. The souks of Damascus are part of daily life – bustling marketplaces where political, social and cultural differences are forgotten.

Yet since the start of the armed conflict in Syria six years ago, much has changed in my home town. Although the city remains relatively safe compared to other parts of Syria, many have fled, lives and livelihoods have been lost and treasured cultural heritage has been destroyed.

In April 2016, a fire raged through Al-Asruniyeh. For the local community, losing part of Old Damascus is like misplacing part of their own soul, their memory and identity.

Yet history has shown that despite attempts to destroy Damascus, it has always risen from the ashes, stronger and brighter, powered by the local community. Time and time again, the Damascenes have proven adept at rebuilding their lives and their city in the wake of disaster.

For example, in 1860 when Syria was under occupation by the Ottoman empire, the quarter of Bab Tuma in the north-east of the city was ransacked. Over 3,500 houses, churches and monasteries were comprehensively looted and set ablaze. Hundreds of people were killed and thousands were displaced.

The district was rebuilt between 1863 and 1880, by local builders who returned after the clash. Elements of the old Bab Tuma were preserved by using traditional materials to create similar urban forms. Yet innovative features were also added. Builders used new decorative techniques, and added open windows to the façades as a reflection of “new” social needs, opening them up to the street outside.

Again, on October 18, 1925, the city was bombed by the French army in an attempt to quell a revolution against French rule. As a result, the western district – known at that time as Sidi Amoud – was mostly destroyed. Several traditional masterpieces were burned or damaged, and hundreds of lives were lost.

The district was remodelled in 1926 by the French, this time according to modern European characteristics. The local community, who had no voice in this reconstruction, changed the district’s name into Al-Hariqah – which means “fire” in Arabic – to commemorate the terrible event. This rebuilt area has a peculiar character. The orthogonal road network and the heights of the buildings differ from the organic urban fabric of Old Damascus, and the new structures do little to reflect what was lost.

Today, Damascenes are once again confronted with the task of rebuilding – and this time, they control the outcome. Yet the loss of Al-Asruniyeh raises critical questions about what should rise in its place.

The history of Damascus shows that when ruins are rebuilt by the local community, the new layer is imbued with the soul of the city. Rather than covering the city’s history up, the new buildings become a part of it. For that reason, community input is needed now more than ever before.

The heritage of Syria has been a source of pride and dignity for the Syrians, despite differences in religion and political opinion. Their built heritage has been always a source of shared memory and history, as we all enjoy its authentic and aesthetic character. Old Damascus, with all its souks, khans and districts, embodies Syrians’ cultural, social, educational and economic values.

Because of this, safeguarding the architectural characteristics of the old city should be a cornerstone of the reconstruction process. City authorities must develop a plan to manage Old Damascus’ urban heritage, in a way that upholds its social and cultural integrity.

What’s more, rebuilding the Al Asruniyeh souk presents an opportunity for reconciliation. Although the armed conflict continues, Syria has been enduring it with dignity and pride. Starting the reconstruction now is vital, to encourage Syrians to return and participate in rebuilding their country, spreading a feeling of safety, ownership and pride in the city once more.

This article was originally published on The Conversation. Read the original article. 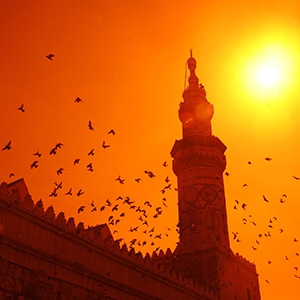