Family-friendly events for Being Human Festival this weekend 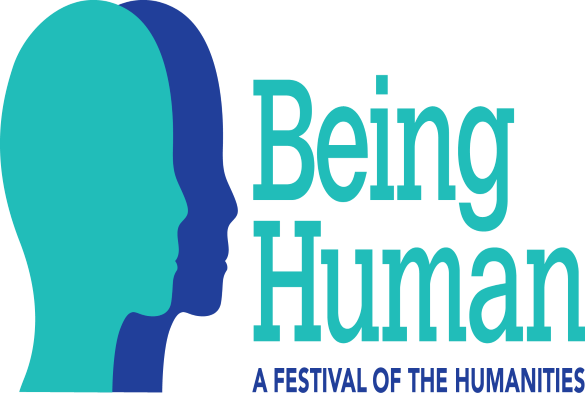 The University of Liverpool is hosting a series of free, fun, family-friendly events across the city this weekend (Saturday 12 and Sunday 13 November) for Being Human 2022 the UK’s only national festival of the humanities.

Children will have the chance to take part in Lego excavations, learn about Ancient Greek and Roman Gods through playdough and even perform their own plays at the Everyman Theatre during an action-packed weekend.

Across the weekend, between 11am and 2pm, ‘Break-fest’ will be hosted by the University’s Department of Archaeology, Classics and Egyptology at the Liverpool World Museum on William Brown Street. This fun, drop in-event will give children the chance to find out what being an Archaeologist is really like, exploring how the past is buried underneath our feet with Lego excavations from Dr Matthew Fitzjohn and Dr Georgia Petridou.

In a workshop hosted by Professor Georgia Endfield and Dr Jacky Waldock, children will be able to design construct their own mini towns and houses as part of the ‘Stay at Home Stories’ project, allowing children to express their identities through building, art and discussion. There will also be the chance to make your own Liverpool landmarks inspired by the artwork of the Singh Twins, in an inspiring work shop led by Professor Deana Heath.

On both Saturday and Sunday, there we also be interactive talks and tours of the Treasure House Theatre at 11am and 12pm. At 11.30am and 12.30pm on Saturday 12 November there will be mosaic making workshops and at 11.30am and 12.30pm on Sunday 13 November there will be workshops to learn about how the Greeks made offerings to their Gods through play-dough.

The best designs from the workshops will win a Lego God!

Moving from William Brown Street to Hope Street: on Saturday 12 November the landmark Everyman Theatre with ‘Act your Age!’ a drop-in, interactive, workshop for primary school-age children and their adults between 10.30am and 1pm.

Hosted by Dr Katie Knowles and Dr Esme Miskimmin at the Department of English, the energetic and exciting workshop will involve role-playing, dressing up and the opportunity to write and perform your own mini-plays. Through fun-hands-on activities children can learn about professional child actors throughout history, explore the boundaries between work and play, and discover theatres and performance in children’s books.

The Being Human Festival will also take to Toxteth with a public tour of St Patrick’s Roman Catholic Church on Park Place between 1.30pm and 4pm on Saturday 12 November.

Here, you can explore the archaeological secrets of this landmark Liverpool church and how the Parish coped with high mortality rates and the resultant demands for burial during the 19th century. Archaeologist  Professor Harold Mytum will lead an insightful tour of the Church crypt and churchyard.

Finally, on Sunday 13 November at 1.30pm Professor Mytum will host a tour of St James’ Cemetery (situated alongside Liverpool Cathedral) and an introduction to gravestone symbolism and recording. This is a great chance to learn about the importance of the cemetery and is based on research into commemorative practices in nineteenth-century Liverpool.

The Being Human festival takes place nationwide between Thursday 10 November and Saturday 19 November and is designed to showcase humanities research as vibrant, accessible and relevant to all. It demonstrates that research in the humanities is vital for the cultural, intellectual, political and social life of the UK and globally.

The Festival is led by the School of Advanced Study, University of London, with generous support from Research England, in partnership with the Arts and Humanities Research Council and the British Academy.

Dr Katie Knowles, Lecturer in English Literature at the University of Liverpool who is hosting an event at the Everyman said: “Reflecting on the past and the future in engaging ways is a valuable tool for exploring humanity and 'being human'.

“In a society were recent events have forced some to grow up too fast and others to long for happier times, theatre, drama and play can be good ways of negotiating our roles and responsibilities and realising there is always some fun to be had!”

You can find out more about all Being Human events hosted by the University here.

Find out more about events going on across the UK for Being Human here.