The ‘Deep Roots’ research project will begin in earnest in July 2017 with the first of four seasons of excavation. In the first of two blogs, I'll be giving you a behind the scenes look at the work we've been doing in preparation.

Before we start the Deep Roots project, museum collections need to be examined, key sites located and permissions sought to excavate.

This might sound straightforward, but our starting point is based on the work of Desmond Clark, a renowned Africanist archaeologist of the twentieth century, and it has been nearly 80 years since Desmond first recorded the sites around Victoria Falls which will be the focus of our research in 2017 and 2018.

Desmond – and I use that familiar name because I came to know the man himself quite well – was an official with the British colonial  administration in what was then Northern Rhodesia. I delved into his pioneering work because of my own research and our paths converged through several small coincidences. We lived for a while in the area where Desmond went to school and which he remembered with what seemed like fondness. 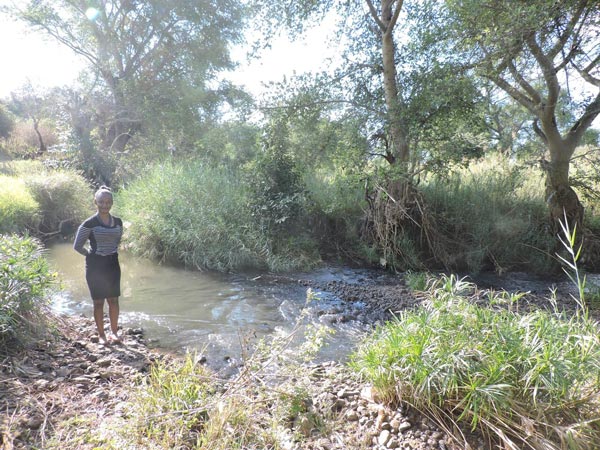 But, going back to modern day Zambia. The country has been independent since 1964 and much has changed since 1938.

In 1989 the Victoria Falls were designated a World Heritage Site and encompassed within a national park which extends upstream of the waterfall.

The nearby town of Livingstone has grown and continues to expand, with tourism a key part of its economy.

Given this history, we knew finding Desmond’s sites wouldn’t be straightforward, but we had his 1950 map to compare with one of modern Livingstone and in theory they could be reconciled.

Our project focuses on the Early to Middle Stone Age transition and Desmond’s research identified several sequences nearby where that transition could be pieced together.

His artefact collections in Livingstone Museum would also help us decide which particular sites to target. 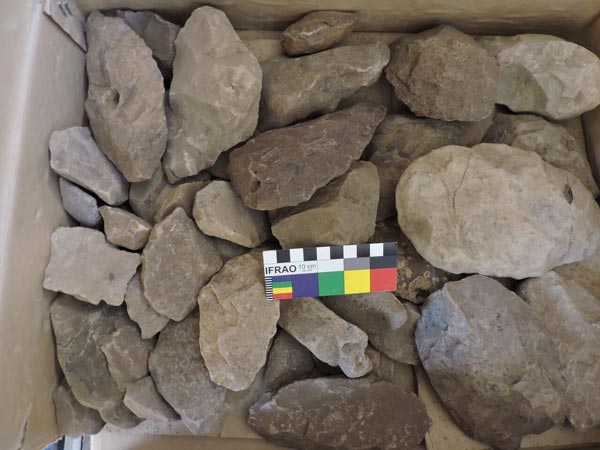 In preparation for the trip I pored over Clark 1950, the vital volume on which the early days of the project are based.

I enlarged his map, colour-coded sites by time period.  Three key areas emerged – and then the time came to examine the excavated material first-hand.

Artefacts from two of the three areas - sites on the Maramba River, a tributary of the Zambezi - were duly located in the Museum’s stores. There I made notes and took photographs.

But the material from the third key site was nowhere to be found.

I wasn’t too dispirited, I knew the find-site’s location, in deep sand scarps north of Livingstone, approaching the airport.  Here Desmond had reported undisturbed “workshops” and “living floors” at the base of the sands.

Early humans had been attracted to the area by thick deposits of a glass-like material, called chalcedony, which they used to make tools.   Desmond attributed these tool-makers to a period right in the middle of the Early to Middle Stone Age transition.

This was a must-find site, because of its good preservation and the presence of sand which can be dated.

As I waited, mid-week, for Dave Thomas, Professor of Geography at the University of Oxford, to arrive and add his expertise to the hunt, I was excited, hopeful - but also, I admit, a little anxious.

And with good reason...