The Athena SWAN Charter recognises the advancement of gender equality: representation, progression and success for all working in science, technology, engineering, medicine and mathematics (STEMM) in higher education and research.

The Athena SWAN Charter was launched in 2005 with three core beliefs:

In May 2015 the charter was expanded to recognise work undertaken in arts, humanities, social sciences, business and law (AHSSBL), and in professional and support roles, and for trans staff and students. The charter now recognises work undertaken to address gender equality more broadly, and not just barriers to progression that affect women.

The School of Physical Sciences, facilitated by the Equality, Diversity and Inclusion Committe, is pursuing an action plan to support women in the disciplines of Chemistry, Physics and Mathematical Sciences across the following key priority areas:

In addition, the Department of Physics is an Institute of Physics Project Juno Practitioner

The Athena Swan Charter is based on ten key principles. By being part of Athena Swan, institutions are committing to a progressive Charter; adopting these principles within their policies, practice, action plans and culture. 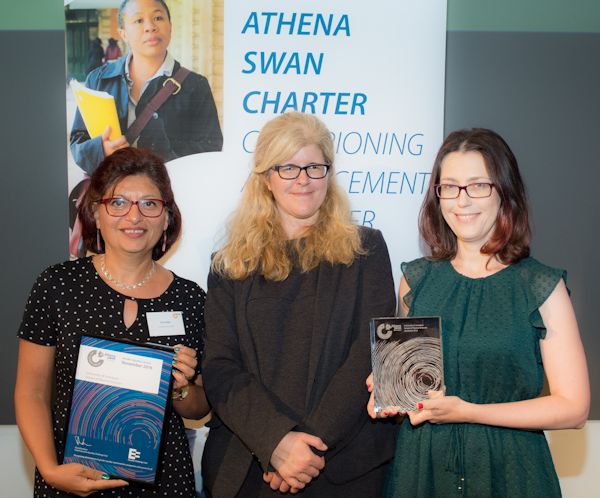