Transverse collective instabilities of high-intensity and high-brightness beams are one of the most important limitations to achieve the highest luminosities in the LHC. To provide a better stability, the LHC is equipped by a bunch-by-bunch transverse damper. The damper resolves and suppresses the individual motion of every bunch centroid, thus significantly increasing the intensity thresholds of the instabilities. If the damper gain is sufficiently high, the collective modes, still remaining unstable, are only those with zero centroid motion. For their stabilization, the LHC is equipped by Landau octupoles giving rise to Landau damping. However, with higher energy, the efficiency of the octupoles as Landau elements will drop; thus, their capabilities may be insufficient for the future high-energy and high-intensity LHC operations. On top of that, octupole fields may lead to lifetime degradation, which can set another limitation for their use. That is why beam stabilization introduced both by the damper and the octupoles can be insufficient for the future high-luminosity goals. This danger is stressed by the fact that an instability at the end of the squeeze has been regularly observed during the LHC Run I at the maximally available damper gain and octupole current. This instability has not been sufficiently understood yet, and may appear as a serious limitation for HL-LHC. All these facts give a strong motivation to look for additional ways of beam stabilization.

One more possible resource for that is a nonlinearity coming to the transverse oscillations from the longitudinal degree of freedom, leading to longitudinal-to-transverse Landau damping (LTLD). This sort of Landau damping affects the transverse oscillations both by means of the bucket nonlinearity and by the second-order chromaticity. While the former could be regulated by the bucket filling factor and second RF harmonics, the latter is much more rigid, being fixed by the lattice. Studying the common action of the two LTLD factors for LHC is a primary goal of this thesis. To proceed with that, theoretical, numerical and experimental approaches are foreseen. For the theoretical part, LTLD is supposed to be introduced in the Nested Head-Tail Vlasov solver, which already includes many important features of the LHC beams, but LTLD is not there yet. Some reference results of the Vlasov solver will then be compared to available tracking codes (such as HEADTAIL). Finally, LHC observations of 2011 and 2012, as well as those to be done in 2015, have to be taken into account. A detailed comparison of the predicted results with the observations will either confirm the predictions or set a new challenge to the theoretical model.

LHeC as a future upgrade option of the LHC

There is international interest in complementing the current physics program in the TeV regime by a hadron‐lepton collider. A Large Hadron electron Collider (LHeC) is therefore another upgrade scenario to further optimize LHC performance and expand its research program.

The trainee will study the linac layout, optics design and cryo‐module development for the LHeC linac. In addition, studies into the beam dynamics and collective effects in the LHeC re‐circulating linac will be realized, where several effects will be analyzed: (1) novel beam‐break up instabilities driven by multi-turn wake fields, (2) ion accumulation and ion driven instabilities for the electron beam plus their mitigation by clearing electrodes and gaps; and (3) electron‐cloud effects for the positron beam.

‌Transverse direct space charge effects are the main beam brightness and intensity limitation for typical low-energy synchrotrons such as the PS Booster.  The beam as a whole experiences a tune spread, making it impossible to locate the working point such that all low-order resonances are avoided.  The maximum achievable beam brightness and intensity is compromised by resonance excitation from direct space charge forces and from machine imperfections.

Measurements will be made to identify perturbations of the real lattice in the PS Booster, and a compensation scheme will be devised based on the measured optics. The linear optics will be characterized by analysing the measured response of the closed orbit to dipole corrector excitation.  Turn-by-turn position data will allow investigations of linear optics properties as well as non-linear resonances and, in particular, determination of resonance driving terms.  Once the optics properties of the accelerator are known, perturbations can be compensated for by powering additional correction elements: normal quadrupoles to correct beta-beating, skew quadrupoles to correct coupling and higher order multipoles to reduce non-linear resonance driving terms.  After the correction of optics perturbations, one expects that the PS Booster will be able to accelerate beams of higher brightness and intensity.

Studies into an HT-SQUID based beam current monitor

The low energy anti-proton beam obtained in the AD (anti-proton decelerator) and the future ELENA (Extra ‌Low ENergy Antiproton) circular machines at CERN require an increased sensitivity and resolution in the beam intensity measurements. The limiting factor for the intensity measurement accuracy is the noise ‐ either in the processing electronics, or acquired by the coupling of the measurement device to the vacuum chamber. Various laboratories have shown the potential of Superconducting Quantum Interference Devices (SQUIDS) to overcome some of these limits. These devices can provide a measurement dynamic range exceeding 80 dB and have enough resolution to measure beams down to the sub-micro‐ampere level. 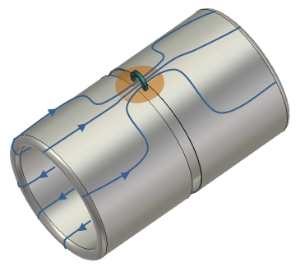 ‌The current oPAC project aims at developing a current measurement device having a resolution below 100nA, by means of a Cryogenic Current Comparator (CCC) using a SQUID device. The objective is to have a complete operational system after his 3-year-fellowship, i.e. end of 2015. 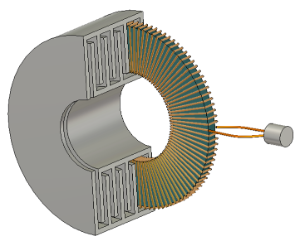 The main project milestones are:

Beam Loss Monitors for use in Cryogenic Environments

‌This project based at CERN will carry out a research and development (R&D) program centred on beam loss monitors for a use in the cryogenic environment of the LHC insertions superconducting magnets. The detectors will be optimised for the magnet protection and the beam adjustments at the high luminosity insertions.

It is expected that the luminosity of the LHC will be limited by the maximum possible beam loss at the superconducting magnets in the future. To allow an optimal detection of the energy deposition in the magnet coils by the beam particles, the detectors need to be placed close to the particle loss locations. This implies installing the particle detectors in the cold mass of the magnets. Dose measuring devices operating at 2 Kelvin have neither been used nor described in the current literature, but will be studied and developed in the frame of this project in partnership with CIVIDEC and DDT.

The selected detectors for cryogenic irradiation test are a silicon and single crystalline chemical vapour deposition diamond (scCVD) and a liquid helium chamber. ‌In a theoretical part of the project the irradiation impact on silicon and scCVD diamond detectors will be simulated. To allow a deep understanding of cryogenic BLM materials the laser transient current measurement technique (TCT) at cryogenic temperatures on silicon and scCVD diamond detectors is foreseen to be done. The ultimate goal of the project is the preparation of cryogenic BLM prototypes to be placed inside the cold mass of a LHC superconducting magnet in 2018.