The goal of this project is to improve the knowledge and understanding of the non-linear beam dynamics of the ALBA storage ring through
simulations, beam measurements and lattice optimization. The ALBA synchrotron is a 3 GeV electron storage ring in operation since 2012. A fast kicker magnet (pinger), will allow exciting beam position oscillations around the reference orbit and measuring the non-linearities of the accelerator by means of turn-by-turn data acquired at the 120 beam position monitors located all around the ring. Non-linearities of a storage ring can be characterized and measured by means of two global parameters of the ring: the chromaticity and the tune shift with amplitude, that express the dependence of the betatron tunes, i.e. the betatron frequencies, as a function of the particle energy and of the oscillation amplitude.

The turn-by-turn technique will be implemented for the first time at ALBA within this project. This will consist of setting-up the beam
position monitor and the pinger for turn-by-turn data acquisition. In the mean time a low-alpha lattice is under development.
This consists of a beam optics (a new quadrupole configuration) where the electron bunch length is squeezed from the nominal 16 ps to around 1 ps. Such a kind of lattice with short bunches would make possible generating short x-ray radiation pulses and coherent THz radiation. Finally, the linear and non-linear studies for the low alpha mode will be concluded by testing, measuring and characterizing the linear and non-linear part of the lattice on the real machine by applying turn-by-turn analysis techniques. 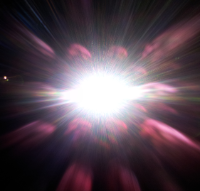 ALBA is a low emittance 3 GeV third generation Synchrotron Light Source located in Cerdanyola del Vallès (Barcelona - Spain).  After a year of operation, the machine is preparing for the ‘top-up’ mode of operation, for which it is essential to carefully control of the machine filling pattern and the transverse characteristics of the beam.  The research work is focused on the improvement of the existing systems and the development of new diagnostics apparatus.

The filling pattern is nowadays controlled using a Fast Current Transformer (FCT). The first task of the research is to implement a real time data analysis to give an estimation of the bunch by bunch intensity.  This work will next be compared with the performance of a new design, based on electro-optical devices implementing Time Correlated Single Photon Counting (TCSPC), which should allow a higher dynamic range and better resolution. The results will be integrated in the general ALBA control system and will be available for users.

‌Transverse beam size measurements at ALBA are currently done using the classical x-ray pinhole. However, due to the limiting CCD electronics and decay time of YAG screens, this technique only provides a beam size measurement corresponding to the whole bunch train. In order to perform bunch by bunch beam size measurements, another set-up has to be designed. The design of this set-up is the main task in this research work. This new set-up will be based on the study of the interference pattern produced by synchrotron light, whose image will be taken using a Fast Gated Camera able to provide images of times as short as 3 ns. This work is done in collaboration with CLIC, and will be carried out at “Xanadu”, the optical beamline for diagnostics at ALBA.