When I first undertook my History PhD research on nuclear anxiety in Britain, I was instantly surprised by how much people wanted to tell me their 'nuclear stories'. It appeared to me that the legacies of Cold War nuclear anxieties ran much deeper than I had originally believed.

My research hopes to develop a better understanding of the emotional history of nuclear weapons in Britain, using an oral history approach to engage with the everyday experiences, emotions, and feelings surrounding the atomic bomb in the 1950s and 1980s. A few months in, it seemed that almost everyone I told about my research had a story they wanted to tell me. Nuclear anxieties then exist not only as an emotional response, but as a story, a fable, that individuals wished to share with me.

While attending a short course, the participants and I were asked to introduce our research. After presenting myself and my work, the course leader hastily responded: “How interesting, I remember being worried during that time […] I still am.” By the end of the course, a fellow attendee told me how he remembered feeling like he would never complete his university degree due to nuclear war, following with a joke about how he had since obtained three degrees but “it could still happen”. A few weeks later, a lady told me stories of the paranoia her father had experienced during the war, reminiscing almost joyfully at the stories he had once told her. Another happily told me how she believed that Britain would sink underwater if it was attacked by nuclear weapons.

Throughout my PhD, I have heard stories almost everywhere recalling the past, and present, fears of nuclear weaponry. It seems that nuclear anxiety isn’t just an emotional response, it has become deeply embedded in memory.

Through the act of story-telling, nuclear anxiety roots itself in both the past and the present. This made me realise that my research was not just a history of the past, but the past-in-the-present. 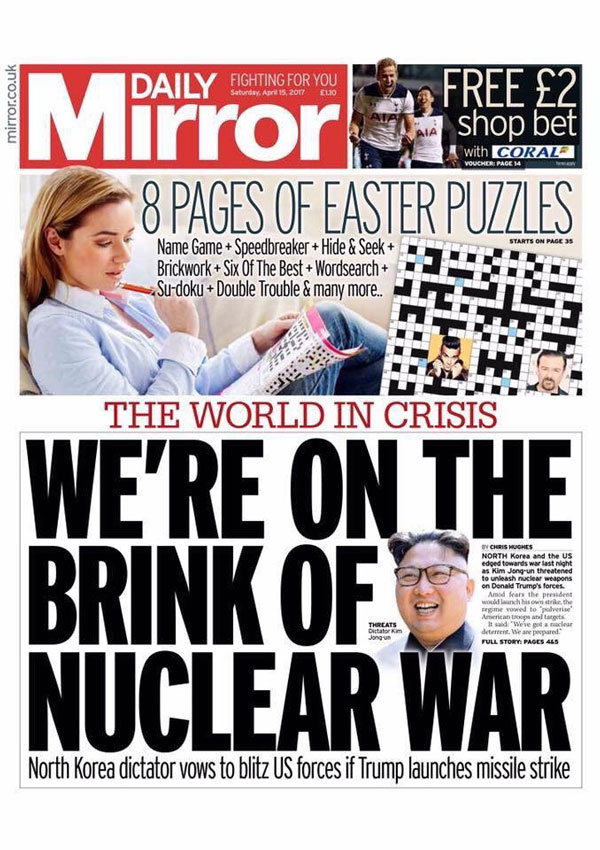 Through this act of story-telling, the story-teller attaches meaning, emotions and rationality to the nuclear bomb, weaving their nuclear fears into their everyday lives, family and habitual spaces.

Are these stories tales of warning? Have they become embodiments of emotional responses experienced during the Cold War?Perhaps talking about nuclear war like a ‘happy story’, or a fable, provides people with the escapism they need to overcome and distance the experience of nuclear anxiety?

Regardless, each of these stories has reminded me that not all history is completely rooted in the past, instead becoming deeply embedded within our own personal, present identities.”

Find out more about studying a PhD in history