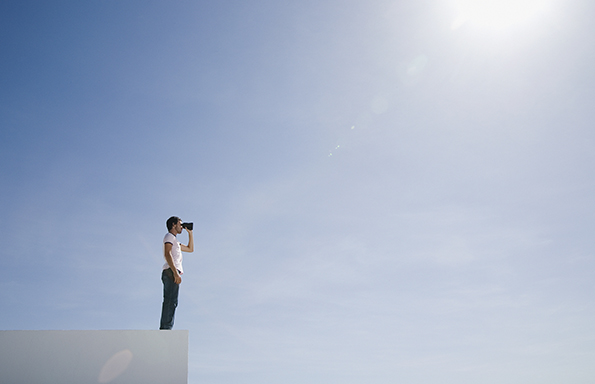 Shakespeare, jazz, and the meaning of life will be some of the diverse topics up for discussion in a new series of public lectures by academic experts from the University of Liverpool.

The inaugural series of talks – united by the overarching theme of ‘Movement, Place and Meaning: Public Lectures in the Arts’ – will be delivered by professors from the University’s School of the Arts, each of whom will explore the theme from the perspective of their own disciplines: Architecture, Communication and Media, English, Music and Philosophy.

All talks are free, and aimed at the general public, students and academics alike.

Professor Peter Buse, Dean of School, said: “Movement, Place and Meaning is the first of an annual series of public lectures presented by the School of the Arts.”

“The lectures showcase the research of the School and its relevance to the wider world. This year’s theme responds to urgent issues of our time that the Arts can help us better understand.”

Launching the series on Wednesday 13 February will be Professor Michał Krzyżanowski, Chair in Communication and Media, with a lecture on Brexit and other crises, and how these have become part of modern-day society and politics.

Next, Professor Michael Hauskeller, Head of Philosophy will offer a philosophical perspective on the theme of movement, and our continuous search for meaning in all aspects of our lives.

The series then shifts towards cultural movements and developments. Professor Robert Kronenburg, Roscoe Professor of Architecture, will give his take on the relationships between music and architecture – with a specific focus on Liverpool’s own music venues – and performance spaces and cultural identities. Immediately following the lecture, there will be a launch for his new book, This Must Be The Place, the basis for the evening’s talk.

Professor Catherine Tackley, Head of Music, will then explore the possible dawn of a new jazz age, and the cultural, social and musical impact that jazz – as a quintessentially American genre – has had upon Britain thus far.

Finally, Professor Nandini Das, Professor of English Literature and Director of the European-funded TIDE (Travel, Transculturality, and Identity in England) Project, will examine Shakespeare’s Comedy of Errors in the context of a mass influx of continental Europeans into Tudor England, and contemporary concepts of the ‘stranger’.

The series will run from 13th February until 1st May, from the University of Liverpool campus. Further details – including how to register – can be found at: https://www.liverpool.ac.uk/arts/events/public-lecture-series-2018-19/