The Ancient Greek Colonisation and British Imperial Thought (ALGY336) module examines how academic understanding of ancient Greek overseas settlements was influenced by Victorian ideas of race, gender, and empire. This happened because British scholars made analogies between the ancient Greeks and the contemporary British Empire that they lived in, projecting their own imperialist values back onto history. Even the Victorian Prime Minister William Gladstone said in the House of Commons that the British Empire should treat its colonies like the Greeks had done theirs. We then applied Postcolonialism to critically consider relationships between ancient Greeks and the Celts, Sikels, and Egyptians that they encountered.

We wanted to write our personal thoughts on this module and show that Ancient History is relevant and not just a White élite subject. Here’s a bit about us:

Rohini (Ancient History & Egyptology): I am a London-born Indian whose maternal family originates from Kenya and paternal side from South Africa. My heritage encompasses many places and languages from around the world and from a young age I learnt Gujarati which, interestingly, includes words from Swahili. My interest in ancient civilisations started through movies and books.

Saif (Ancient History): I’m a British-born Pakistani from Birmingham. My mum, who is from the Peshawar region, has been teaching me her local Pashtu language since childhood. I got into Ancient History through films and computer games.

Abbas (Ancient History): I’m a third generation Kashmiri from Oldham. My grandfather moved to Britain for economic reasons, with others from his village, so I grew up in a close-knit community. I have a lifelong love of history.

To counter the enduring historical bias left by the British Empire, we learned about Postcolonialism - a modern political philosophy that traces the lasting impacts of western colonialism. For example, although no longer part of the British Empire, sweatshops in India, Pakistan and Bangladesh still produce cheap clothes for Western markets because of the enduring disparity in wealth between the colonisers and the colonised.

As three British Asians, it’s been interesting for us to reflect on our own families’ experiences of migration and the British imperial legacy. Rohini writes: “India's colonisation by the British is still a raw subject as many families, including my own, experienced hardship and my family members remember the physical and mental scars left by British imperial soldiers during traumatic events such as the Salt March led by Ghandi.[1] Racism was embedded by both parties who rejected unfamiliar traditions.”

Abbas writes: “Growing up in Britain, one thing that always puzzled us was why British curries like Chicken Tikka Masala bore no relation to our mums’ village-style cooking that had been passed down through generations.” As part of the module we learned how Portuguese colonists first introduced the chilli pepper to their Indian colony in Goa from their other colonies in Latin America and created ‘Vindaloo’, which is Portuguese for “wine and garlic” – the marinade’s two key ingredients. Curries like this are therefore not authentic Indian dishes but a ‘hybrid’ combining ingredients from both local and colonial cultures.

The Vindaloo restaurant in Leicester. Photo by Andrew Tatlow via Wikimedia Commons.

We then read an article[2]  by Matthew Fitzjohn[3] that argued that ‘hybrid’ architecture at the Greek colony site of Leontinoi on Sicily shows that Greek colonists and the local Sikel people combined their cultures into new and original forms, meeting each other halfway as equals rather than as colonists dominating the colonised. This is the opposite of what British imperialist scholars wrote about ancient Sicily. Modelling their histories of Sicily on their own colonialist thinking they automatically assumed that the Greeks were culturally superior to the ‘Barbarians’ they met.

However, understanding how historians model ancient history on their own contemporary culture allowed us to begin to question how sources such as Herodotus were being used by British historians, who used him to justify their own racist beliefs. The opinions of British Imperialists have shaped, and continue to shape, our view of ancient past, but this now needs critical analysis and dismantling.

The fusion of different cultures in Britain today is celebrated, rather than being seen as part of a narrative of savage conquest. Sharing our traditions, such as traditional recipes, is a joyous part of modern British identity and ‘hybrid’ curries like Chicken Tikka Masala are an enjoyable expression of our shared culture.  We are no longer labelled 'barbarians' or viewed as uncivilised because of our differences and through this module we are learning how to rewrite history for the better. 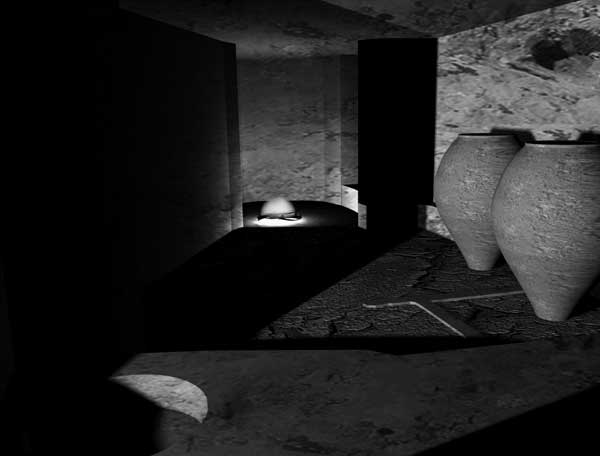 A digital reconstruction of the interior of a hybrid Greek-Sikel house at Leontinoi. Image courtesy Matthew Fitzjohn.