With the increased interest in hypersonic vehicles, there is a need for efficient and accurate prediction of the flow field, aerodynamics and heat transfer throughout their flight regime.

At intermediate altitudes, the flow around an hypersonic aircraft can be characterised as mainly continuum with localised areas, generated by the rapid expansion in the wake of the vehicle as well as by strong gradients in shock waves and boundary layers, that display translational non-equilibrium effects. Being the flow conditions near the vehicle surface and in the wake that determine the drag and the heat transferred to the vehicle and its payload, it is important that these regions are simulated accurately using an appropriate physical model.

When the gradients of the macroscopic variables become so steep that their scale length is of the same order as the average distance travelled by molecules between collisions, the number of impacts is not enough anymore to drive the fluid towards a local thermodynamic equilibrium. In this condition is not possible to consider the fluid as a continuum and the transport terms in the Navier-Stokes equations fail since the constitutive relation is not valid anymore.

The mathematical model at molecular level is the Boltzmann equation and the methods that are commonly employed to simulate rarefied flows are the Direct Simulation Monte Carlo (DSMC) and discrete-velocity methods for kinetic Boltzmann equations. However, these approaches require higher computational cost than continuum methods. This has motivated the development of hybrid techniques which restrict the use of the expensive non-continuum approaches to regions where significant non-equilibrium effects occur.

An alternative approach is represented by the Unified Gas-Kinetic Scheme which entend the concept of Gas Kinetic Schemes, use a finite-volume method where the numerical fluxes are based on the solution of the kinetic Boltzmann equations, towards the non-equilibrium regime.

Possible applications of these methods are re-entry vehicles, like the Orion, or hypersonic aircrafts, as the X-51A or the X-43A. 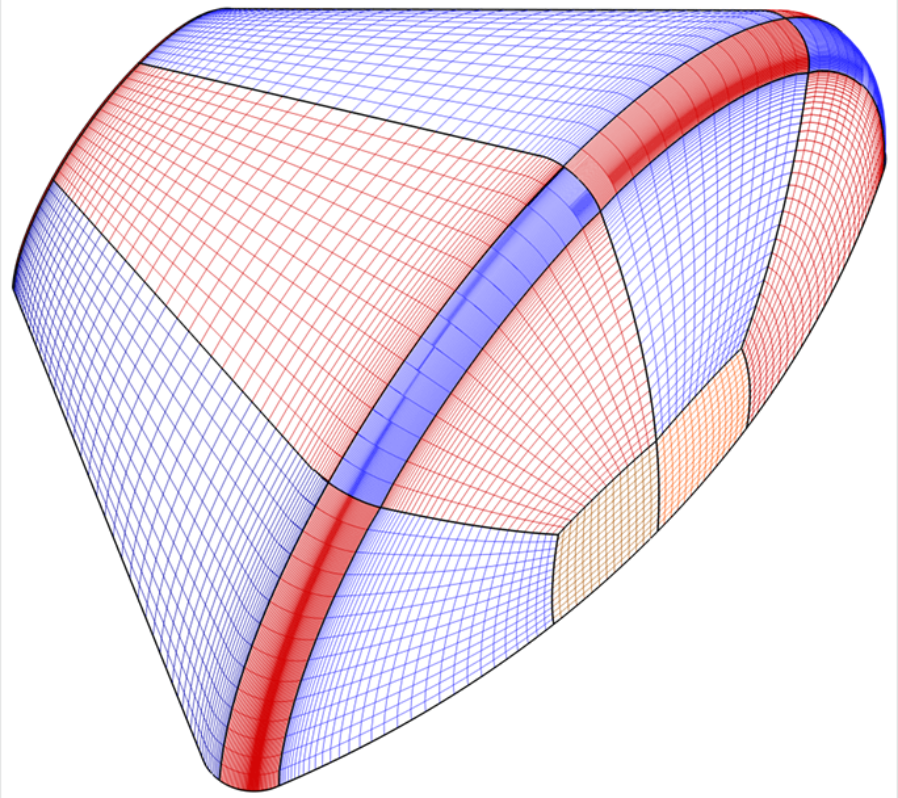 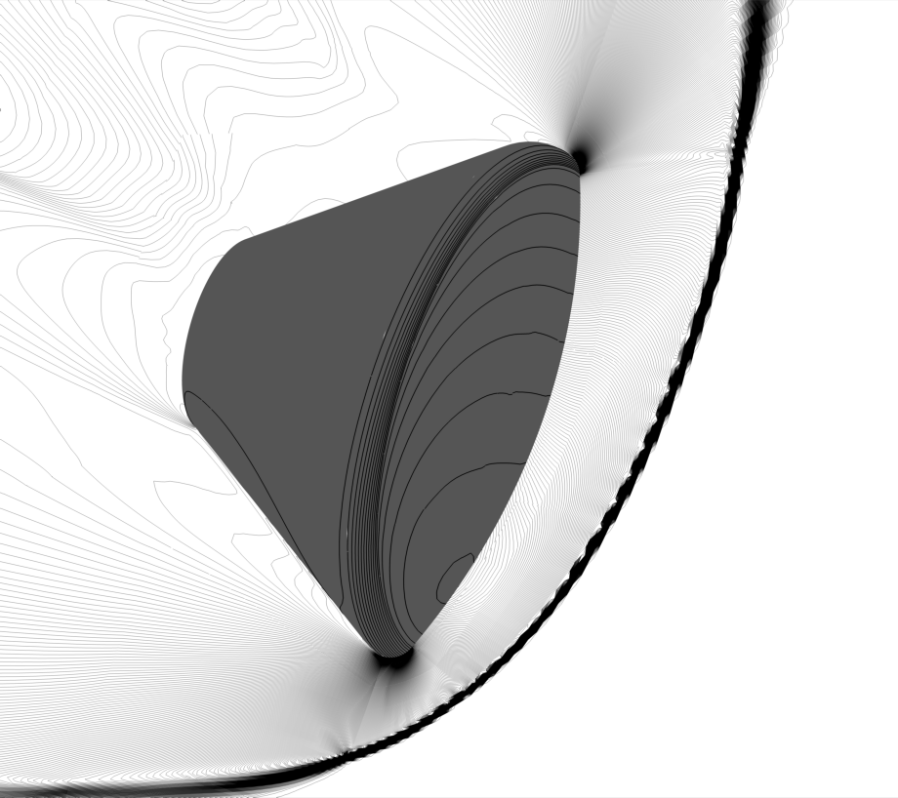 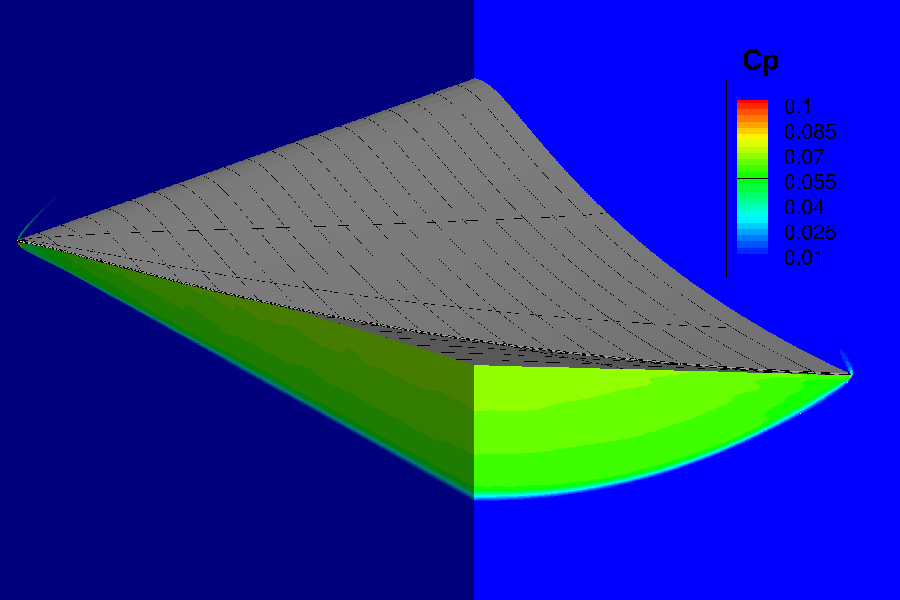 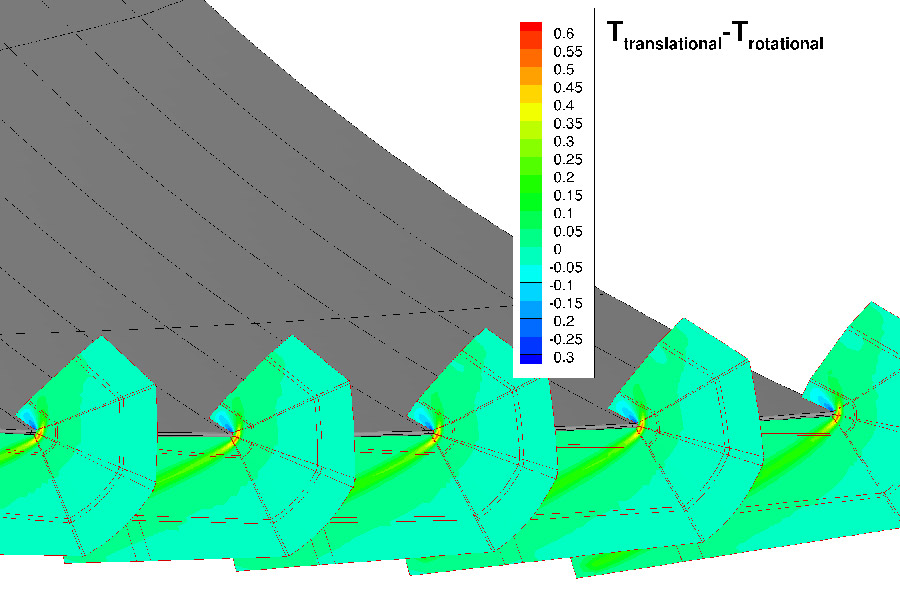 Status of the project

The solver employed for the current work is based on the Multi-physics Code (MɸC) developed at the Univerity of Liverpool.