The use of Computational Fluid Dynamics (CFD) simulations for rotorcraft has so far been restricted to cases of steady flight, due to CPU cost. However, the ever-increasing capabilities of modern CFD algorithms and computers now allow for CFD of manoeuvring vehicles.

The goal of this project is to simulate manoeuvring rotorcraft by coupling a Helicopter Flight Mechanics (HFM) method with the Parallel Multi-Block CFD solver HMB2 developed in Liverpool. This allows for studies of interactional effects between the helicopter and its environment. The case of a ship/helicopter landing is a typical case of strong aerodynamic interaction between the ship and rotorcraft wakes that leads to significant increase in pilot workload and is used to demonstrate the HFM/HMB coupling.

Flight Mechanics simulation tools implemented in flight simulators are namely multi-body dynamics solvers tailored for rotorcraft that solve systems of differential equations based on the Euler equations of motion. To allow real-time simulation, they implement simplified methods (Blade Element Theory, inflow model, tabulated aerodynamic data) and are therfore dependant on the accuracy of the models.

One such model has been implemented in the UoL CFD solver with the possibility of substituting the simplified models by CFD data. This has the potential for more accurate simulation of rotorcraft in manoeuvring flight but also permits to use CFD to derive the trim state of the aircraft. 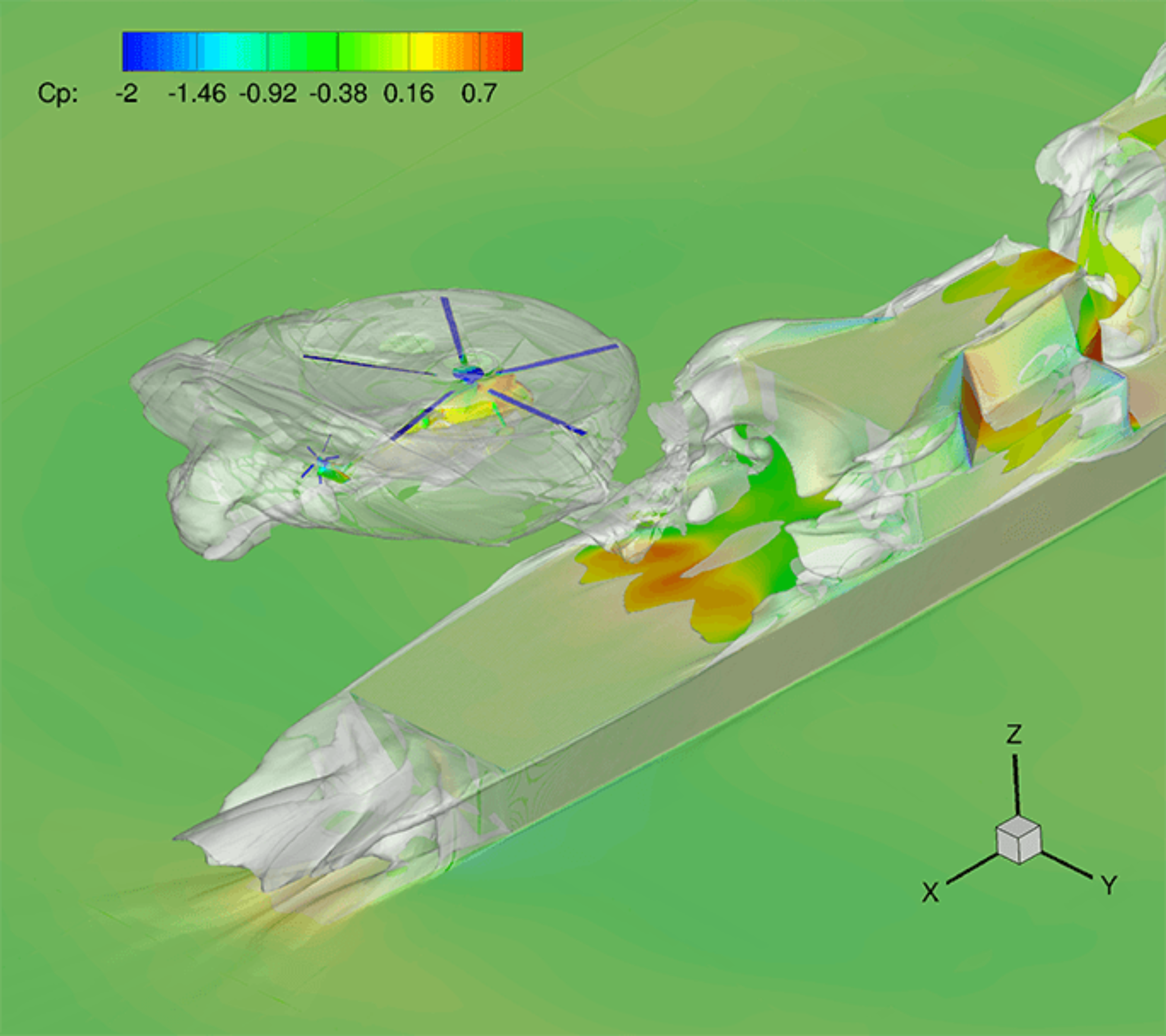