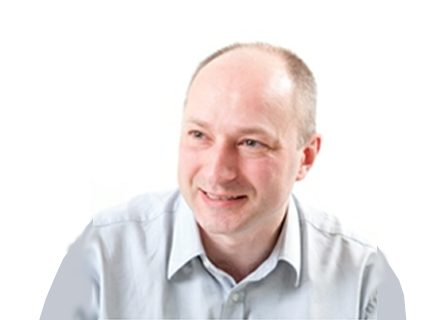 University of Liverpool digital exclusion expert, Professor Simeon Yates is joining forces with Greater Manchester Combined Authority (GMCA) Mayor Andy Burnham to help it become one of the first city-regions to equip its entire population with the skills, connectivity and technology to get online.

Professor Yates will provide evidence and research insight to the Mayor’s newly established Digital Inclusion Action Network, which forms part of the GM Digital Exclusion Taskforce, as it targets under-25s, over-75s and people with disabilities in a drive to eliminate digital exclusion.

Professor Yates, in the University’s Department of Communication and Media, said: “It is great to be working with the GMCA on its Digital Inclusion Agenda for Change.

“Being digitally included is not just about having a connection. Access to broadband, affordability, a lack of data, lack of skills, lack of confidence, lack of exposure to technology at work, or disabilities can all lead to people being disconnected from our digital society what has become known this year as “digital poverty”. Cutting them off from job opportunities, services and even everyday interaction with other people.

“These issues don’t just affect older adults who may not have used technology when they were younger. Our research has identified key groups who either do not use digital technologies or only use them in limited ways. This includes a notable number of young people who lack key digital skills and education, older users and people with long term health issues.

“By working with under-25s, over-75s and people with disabilities this Greater Manchester imitative will address those most at risk of digital poverty.”

The announcement comes after recent figures from ONS showed that 176,000 Greater Manchester residents did not access the internet at all in the previous three months. GMCA estimates that this includes 1,300 under-25s, 93,000 over-75s and 77,000 people with disabilities.

More broadly, Ofcom figures suggest as many as 1.2m GM residents might be digitally excluded in some way, for example by feeling unable to use online banking or engage with public services online. For some people this is about access to kit and connectivity, but for others it is about skills or confidence.

“We have seen an ever-increasing amount of our lives move online, amplifying the extent of digital inequalities, as well as impacts.

“It is integral that our residents are supported to be able to thrive in our towns and communities and have equal access to the opportunities, knowledge, services, and goods available online. In Greater Manchester we believe that digital inclusion should be considered a basic human right.

“This is why I have furthered our ambition to equip all under-25s, over-75s and people with disabilities in Greater Manchester with the skills, connectivity and ability needed to get online.

“The new Digital Action Network and the Digital Inclusion Taskforce will be the driving force behind this new ambition to fix the digital divide across Greater Manchester.”

To find out more about the work being undertaken around digital exclusion in the GMCA, please visit www.greatermanchester-ca.gov.uk/what-we-do/digital/digital-inclusion-agenda-for-change/