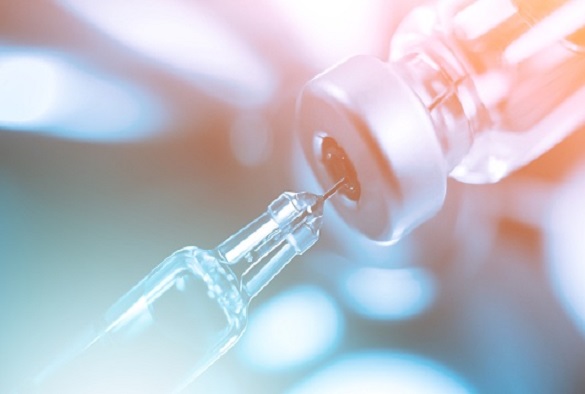 Researchers from the University of Liverpool have shown the potential of repurposing an existing and cheap drug into a long-acting injectable therapy that could be used to treat Covid-19.

In a paper published in the journal Nanoscale, researchers from the University’s Centre of Excellence for Long-acting Therapeutics (CELT) demonstrate the nanoparticle formulation of niclosamide, a highly insoluble drug compound, as a scalable long-acting injectable antiviral candidate.

The team started repurposing and reformulating identified drug compounds with the potential for COVID-19 therapy candidates within weeks of the first lockdown. Niclosamide is just one of the drug compounds identified and has been shown to be highly effective against SARS-CoV-2 in a number of laboratory studies.

Using their expertise in the fields of materials chemistry, long-acting drug delivery and pharmacology, CELT scientists used nanoprecipitation to form redispersible solid drug nanoparticle formulations of niclosamide that can be stored as solids, reconstituted with water and utilised as long acting injectables. Their research has demonstrated sustained circulating drug concentrations may be maintained for the duration of early infection after a single injection.

CELT is co-directed by pharmacologist Professor Andrew Owen and materials chemist Professor Steve Rannard at the University of Liverpool.

Professor Steve Rannard said: “Repurposing drug compounds is much more than using existing medicines for a new disease. The existing active drug compound needs to be shown to be active at a significant level, then reformulated to address new challenges. The conventional route of administration may also not be relevant and modifying the way the patient receives the drug compound is highly critical to efficacy. Niclosamide is an ideal candidate to be taken forward as a potential long acting injectable therapeutic to treat Covid-19.

“This is still in early-stage development but the CELT team are currently working with a contract manufacturing organisation to take this forward towards scale up and clinical manufacture. This work is progressing well and if successful, human trials would be next. We envisage a future `Test-and-Treat’ scenario where infected people are treated at the point of diagnosis with the full course of therapy in one injection.”

Professor Andrew Owen said: “Repurposing of medicines for SARS-CoV-2 has yielded mixed results, with some clear successes for immunomodulatory drugs such as dexamethasone, and work underway to repurpose drugs like favipiravir and molnupiravir that were designed for other viruses.

“The ultimate utility of our long-acting injectable can only be determined in adequately powered and well controlled randomised clinical trials but unlike other drugs that have been explored for repurposing niclosamide target concentrations may be achievable in humans. The formulation has shown great promise in preclinical studies at a time when it is increasingly evident that drugs are urgently required to compliment the vaccines.

“A global pandemic requires a global solution, and it is critical that interventions are available to everyone and not to the privileged few. Accordingly, we are currently working to remove obstacles to availability in low- and middle-income countries to ensure equitable access if clinical success is ultimately demonstrated.”

This research paper builds on previous reports released from the team in April 2020 and published in Clinical Pharmacology and Therapeutics.  The CELT team have strongly advocated in further publications in the British Journal of Clinical Pharmacology, that repurposing of drugs requires new strategies that encompass reformulation and specific dose optimisation that addresses the needs of SARS-CoV-2 treatment.

CELT is focused on repurposing existing medicines into slow-release formulations where drug effectiveness can be sustained over several months.  This `long-acting’ technology has already been successfully implemented in the fields of contraception and schizophrenia.  It also has the potential to bolster global efforts to tackle – and even eliminate – major diseases affecting low- and middle-income countries, including HIV/AIDS.

The long-acting therapy development from the team was initiated and supported by funds from the EPSRC and the progression to scale-up and manufacture has received support from Unitaid. The team are actively seeking partners for the next steps of product development and translation.

Established as part of a £30.5 million ($40m) international research consortium, primarily funded by Unitaid, CELT is the first of its kind in the world. For further information, please visit the CELT website. You can also follow the centre on Twitter and LinkedIn.

The paper `Scalable nanoprecipitation of niclosamide and in vivo demonstration of long-acting delivery after intramuscular injection’ (doi:10.1039/D1NR00309G) is published in Nanoscale.