Vandals and fragments: what to expect from our classics and ancient history seminars

Research Fellow, Ben Cartlidge, gives us the inside track on the varied themes covered in our Classics and Ancient History seminars at Liverpool - from ancient religion to music and poetry.

"The first time I visited Liverpool, it was to give a paper at the seminar in Classics and Ancient History, so it has been really fun to be running the seminar this year. The first two weeks were a great snapshot of the diverse themes included in classical studies and the range of interests in the department as a whole.

First up was Dr Robin Whelan from the Department of History, talking about gender in antiquity, specifically the question of the role of women in Vandal Africa (5th-6th centuries AD). This was an example of a field I knew very little about, so I was excited to be given the chance to learn more. Robin gave us ‘Vandal Africa 101’ as well as his main thesis about the role – or otherwise – of women in Vandal succession, as well as exciting tidbits about different strands of theological debate at the time. A personal point of interest were some of the Germanic personal names that Vandals carried, including someone called Godagis – potentially the Germanic equivalent of our own phrase ‘god-fearing’: a pious name if ever there was one! 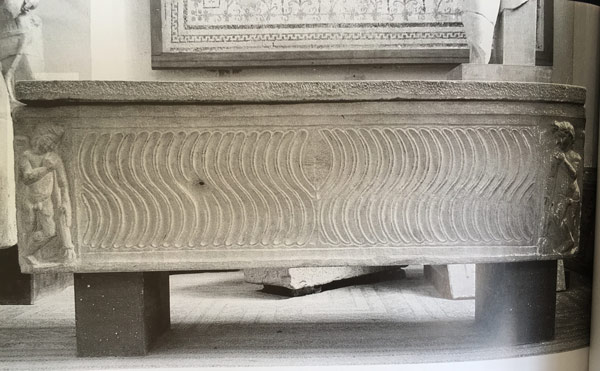 We also welcomed Prof Patrick Finglass from the University of Bristol, who gave a paper, entitled ‘Editing Pindar’.  It was unusual to have a visiting speaker who talks about the textual tradition of a 5th century BC poet and who also speaks entertainingly and with authority about civic architecture in Liverpool.

Patrick also explored the response of classical scholarship to the rise of Nazism; the history of books and publishing in the Renaissance; the neglect of Byzantium in classical reception studies; the syntax of Ancient Greek noun clauses; and the historical relationship between archaic and Hellenistic Greek literature.

It was certainly a richly illustrated talk too! The students were left dazzled by new possibilities: ‘I now want to edit all the things’, as one seminar participant tweeted!

Patrick left us in no doubt that new editions of classical texts are a worthy endeavour, and stimulated a lively debate about disciplinary similarities and differences in editing texts.

Spanning a thousand years of history

As is often the case here at Liverpool, the events spanned more than a thousand years of history, took textual and historical approaches in equal measure, and were followed by questions and lively discussions. I also like the way that unfamiliar or even daunting fields are made accessible and enjoyable for everybody. Whether it’s ancient music, religion, the Byzantine reception of classical historiography, or etymology in epic poetry that interests you, you’ll find it here, and much more besides."