Increasingly powerful particle accelerators with unprecedented beam characteristics service a large, multidisciplinary research community. The optimization of beam characteristics requires advanced beam diagnostics which are also directly relevant for practical applications such as medical and industrial devices. In addition, the development of beam diagnostics is also an excellent training platform for researchers in aspects of the physical sciences, IT and engineering delivered in a multidisciplinary environment for possible future application across a variety of career paths.

Such was the inspiration for the EU-funded project 'Novel diagnostic techniques for future particle accelerators: A Marie Curie initial training network' (DITANET), initiated and coordinated by Prof. Carsten P. Welsch. DITANET is a multidisciplinary consortium of universities, research centers and industrial partners focused on training a new generation of scientists. Industrial partners sat on the project supervisory board and offered internships to students to ensure knowledge transfer from academia to industry. The project received more than 4 Million Euros of funding from the European Union. This allowed training eighteen early-stage researchers and three experienced researchers, as well as the organization of a large number of international Schools, Topical Workshops and Conferences. 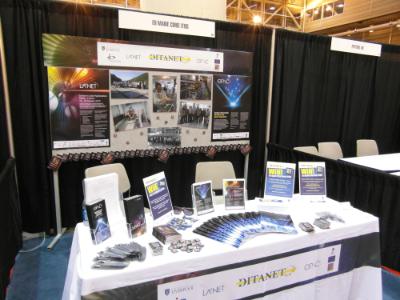 The network website details the numerous projects covered by the grant as well as events, publications and press releases.

DITANET has contributed hugely to the field of accelerator physics and beam instrumentation. Training new scientists resulted in the development of innovative beam diagnostics instrumentation and the bridging of academia and industry. Basic research as well as applications will now be optimized and poised for maximum impact.

This project has received funding from the European Union’s Seventh Framework Programme for research, technological development and demonstration under grant agreement no 215080.