The QUASAR Group carries out R&D into the European Spallation Source’s(ESS) target instrumentation. ESS will be world’s most powerful neutron source when it is available to users in 2023. Its 5 MW proton beam poses very challenging demands on the beam diagnostics system and the Group were tasked to provide a conceptual design of the target imaging system in collaboration with ESS colleagues in Sweden. 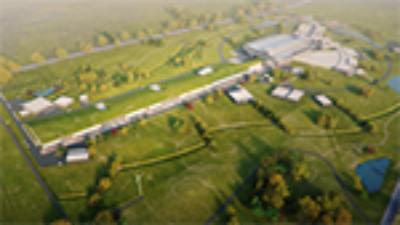 This work has included analytical and numerical studies to assess the performance of the optical system monitoring the beam near the target, investigations into the impact of the thermal load imposed on the first optical elements, as well as the radiation environment in the target area. The study also includes a separate optical system to monitor the beam when it is directed into the ‘dump-line’, during accelerator commissioning and tuning.
In early 2016 the University of Oslo became officially involved in this project through an In-Kind agreement. Since approval of the design, a full mock-up has been developed, including the mirror systems and the structures enclosing and supporting the optics. QUASARs are continuing to collaborate closely within the Oslo team, having taken on major responsibility for the Tuning Dump Imaging System until the procurement phase starts in 2019.