Smashing Stereotypes – A career in academia with a twist

It is often assumed that a scientific career starts with a PhD and ends with a professorship. However, one only has to look at the ratio of postgraduate students to professors to realise that this path is indeed exceptional. Far from being frustrating, an increasing number of scientists with a PhD degree are considering their doctoral training as a springboard to non-research positions which are equally, if not more, gratifying.

Such is the case of Dr Ricardo Torres, one of the project managers in the QUASAR Group. Ricardo had a long research career in laser science before joining the Project TEAM. “I really enjoyed research” says Ricardo, “however, what really motivated me was not so much the end of the research itself as the means involved: the study, the planning, the problem solving, the international collaborations… and I realised that I could find all those elements outside the highly competitive environment of research.”

Having an inside knowledge of the peculiar world of scientific research has given me an invaluable advantage in managing scientific projects.

After a very productive postdoc at Imperial College London, Ricardo moved to the Pulsed Laser Centre in Salamanca (Spain), where he got his first contact with large research networks, like LA3NET. “From there, the move into project management was quite natural” says Ricardo, “I went from supervising a fellow of a Marie Curie Initial Training Network to manage one myself.”

Ricardo joined the QUASAR Group in February 2015 as project manager for the oPAC network. Since then, he has served as scientific communications officer for the EuPRAXIA and EuroCirCol projects and has organised numerous outreach projects and events on accelerator science for school children. Currently he manages the project OMA as well as AWAKE-UK, and he co-leads the Communications Team of the Cockcroft Institute. “The research training gave me analytical and problem solving skills. Also, having an inside knowledge of the peculiar world of scientific research has given me an invaluable advantage in managing scientific projects, as being a scientist myself I can relate much better with the researchers involved in the projects.” 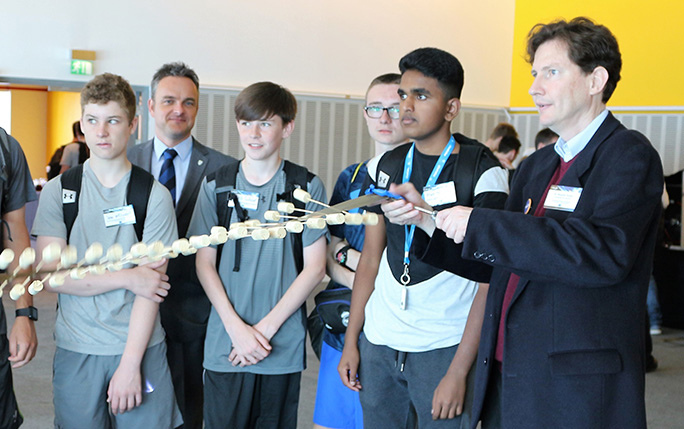 During his career, Ricardo has developed an expertise in research and training, scientific communications, and innovative outreach. His work has helped to raise the profile of accelerator projects, boosting their international impact among the authorities, scientific community, industry and the general public.

Another illustration that there is more to science than working in a lab or a career in academia shows the journey of QUASAR Group member Dr Theun van Veen.

“I have started my career in The Netherlands where I completed a Bachelors and Masters in Biomedical Engineering”, says Theun. “With a large part of the Masters actually being taught in research groups, I realised how international a research environment can be, and the benefits and opportunities it offers.” 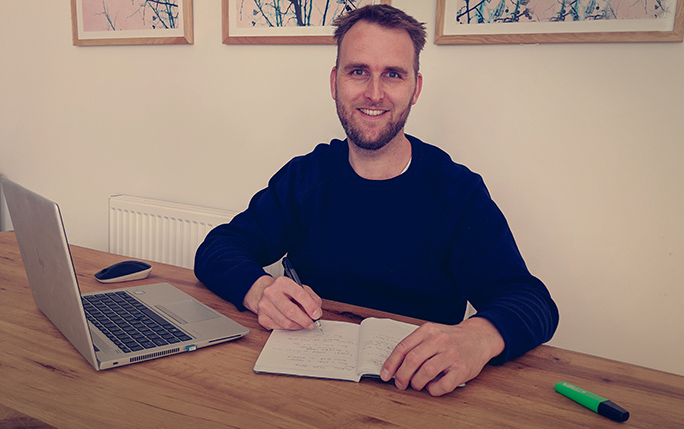 He then actively pursued to do his internship abroad and spent three months in Liverpool. This ended up being a stepping-stone and he returned to study for a PhD in Clinical Engineering, which provided a unique chance to collaborate with other institutions throughout Europe as part of the wider research project.

“During my PhD I gave good thought about how my future would look like; whether this would be an academic driven one, or whether this would be in a different environment as I very much enjoy the university setting. Going through this journey, I learned about my strengths and my weaknesses and realised that I actually really enjoy the other aspects of research: the organisation ‘behind the scenes’.”

My trainings and experiences made me better understand about what is required in managing and delivering a successful scientific project.

Theun utilised these skills when he was appointed Biobank Scientific Manager at the University of Liverpool, to co-ordinate collaborative projects both within the university and with external partners. In April 2020, Theun joined the QUASAR Group as project manager for the European AVA network and Liverpool’s CDT on Big Data Science LIV.DAT.

“My trainings and experiences made me better understand about what is required in managing and delivering a successful scientific project. By doing a PhD I obtained beneficial analytical thinking and problem-solving skills and by working with partners in industry and academia I gained valuable knowledge to be able to navigate in these different worlds. Also, having moved abroad to work and live in the UK has not always been an easy journey”, says Theun. “This experience has brought a level of resilience that I have been able to utilise well in my professional career”.