How the pandemic changed political communication – and why it matters 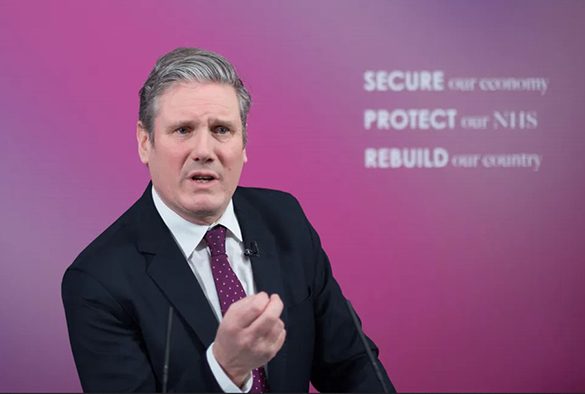 The social impact of COVID is self-evident. It has touched the everyday aspects of each of our lives, from simple tasks such as shopping, to meeting family members on Zoom, to (not) socialising with friends. Each of these has been transformed over the last year in ways never imagined before March 2020.

This can also be said of the kind of language politicians use – and of the expectations their audiences have when listening to them. This is because politicians are no longer to appear in front of crowds, be they large or small. They don’t meet voters or their parties, and even in parliament they are only speaking in front of a small, socially distanced group of fellow MPs.

All this affects the quality of our liberal democratic discourse. It also changes the kinds of arguments politicians use to justify their decisions (and the extent to which such changes are exposed to genuine democratic scrutiny). For example, since March 2020, changes to the norms, values and expectations of a free society have changed at speed with little parliamentary or media scrutiny. In order to impose lockdowns, freedoms have been restricted. These changes were done for public health reasons but they still pose a significant challenge to conventions of a democratic society.

Ordinarily, prime minister’s questions would be a riotous occasion in the House of Commons. Party leaders seek to expose the intellectual and political deficiencies of their opponent and their arguments. The conventional purpose of this exercise is for each leader to whip their backbenchers into a vocal frenzy of support, thereby showing they can lead their party to potential future victory at the polls.

COVID has dialled back the volume considerably. The pandemic has removed most of the physical audience (MPs), and changed the tone of questions and answers so that they are now more comparable to a forensic select committee. Gone are loud displays of support, or the need for the Speaker to regularly demand “order!” Under the current circumstances, PMQs has been transformed into a sedate exchange of questions and answers. There is little to no interaction with the physical or virtual audiences of MPs.

Another arena to have rhetorically been affected by COVID are media engagements. Sit-down interviews occasionally continue in a socially distant way on some of the bigger weekly programmes but on the rolling news channels, politicians are now “Zoomed in” from their home offices which, in themselves, send interesting messages to the audience. Politicians will use these settings to try to convince audiences of their rhetorical character using props such as books, framed pictures or other items such as plants. The aim is to make the interview slightly more open and potentially more composed by placing the political figure in a domestic setting, yet this set up lacks the conventional confrontational framing provided by a face-to-face interview which is often required for genuine scrutiny.

Finally, the party conference has inevitably been substantially affected by COVID and with it the ability of party leaders to engage with their supporters. Normally the keynote party leader speech would be a chance to articulate an ideological renewal strategy. It’s the leader’s chance to show they are capable of continuing to lead their party and to enjoy their support through audience reactions such as applause.

The virtual conference cuts out a key measure of how much support a leader really has – the sound of the audience. Without that feedback, party leaders are left speaking into a camera in the hope that the audience accepts their arguments without really knowing if it does. That affects the vocal tone of their delivery and overall speaking style. This has been a significant issue for Labour leader Keir Starmer, especially as he has yet to appear before the Labour Party conference in person as leader.

The impact of COVID on these rhetorical arena affects the ability of one of our key democratic norms to function – communication. Without communication (or rhetoric), there is no meaningful liberal democratic society or scrutiny of our political leaders. This is not to suggest our liberal democracy has ceased to function (indeed, its move into the virtual realm is a testament to its strength). However, the manner in which PMQs is currently functioning impedes not just scrutiny but also the ability of party leaders to lead their parliamentary parties.

The use of virtual interviews affects the ability of interviews to truly hold political leaders to account, given the changing tone in the environment. And the digital party conference prevents activists from showing their support for party leaders through applause. It is important that a party leader solicits applause from their supporters as it shows the wider electorate that they lead a supportive party. Without applause, it is unclear if they have a united party behind them that supports their leadership or broader agenda.

Needless to say, these situations are unavoidable during the COVID pandemic because safety rightly comes first. However, it is important that in a post-COVID world, the norms and expectations of political communication are returned to their liberal democratic norms of vocal and uncomfortable accountability for healthy engagement between political leaders and voters to return. When it is safe to do so, it is vital that in these areas the “new normal” resembles the “old normal”.