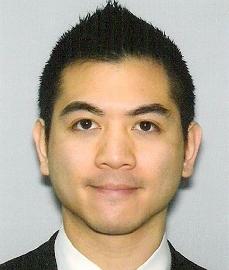 Mr Chan studied medicine at the University of Liverpool, with a scholarship from the Hong Kong Graduate Association, during which he undertook electives in the Hong Kong Prince of Wales Hospital and Toronto SickKids. He graduated with Honours, and an intercalated Masters in Research investigating colorectal cancer, funded by the North West Cancer Research Fund.

Whilst completing his early surgical training in Merseyside, Benjamin published a Cochrane review in non-palpable breast lesions, and was separately awarded the North West Paediatric Surgery Clinical Research Prize in retained central venous lines. In addition, he has completed a post graduate certificate in medical education and received Fellowship accreditation from the Higher Education Academy.

Recently, as the Aintree hepatobiliary research fellow he began exploring the hypothesis of a pharmacological adjunct to enhance functional liver regeneration following hepatectomy, providing the preliminary data leading to his Fellowship from the Medical Research Council Clinical Pharmacology and Therapeutics Program.

The liver has a remarkable ability to recover after injury, allowing for up to 70% of healthy liver to be removed in patients with liver cancer. However, in some patients with large or multiple tumours so much of the liver would need to be removed that the risk of liver failure would be too high for the patient to undergo surgery. New ways of detecting if the liver is failing after surgery and new strategies for helping the liver to regenerate more quickly could therefore allow more patients to be cured of their cancer through surgery.

FGF21 is a protein that influences metabolism and energy balance, particularly within the liver. The levels of FGF21 in the blood are higher in patients with liver disease, although the change in FGF21 levels after surgical removal of part of the liver hasn’t been investigated. It is also known that drugs which act in a similar way to FGF21 can improve liver function, but their ability to improve liver regeneration after surgery has not been tested.

This project aims to test whether measuring FGF21 in blood samples is useful for monitoring liver regeneration, and to test whether a drug that acts in a similar way to FGF21 (developed by our pharmaceutical industry partner) can improve liver regeneration following surgery.  The ultimate goal of this work is decide if a clinical trial of an FGF21-mimicing drug should be performed to see if the complications following liver surgery can be reduced. If this is true, there will be more liver cancer patients that can have curative surgery.

During his Fellowhsip Dr Chan has been working with Eli Lilly. He says

“Eli Lilly were the first to recognize the potential of FGF21 in regulating metabolism and developed the analogue LY2405319 as an anti-diabetic therapy. My project represents an opportunity to reposition FGF21 activators (such as LY2405319) for liver injury/regeneration. The collaboration with Eli Lilly has allowed me to review internal data from preclinical and clinical studies of LY2405319, as well as access a range of relevant experimental tools. We have been sharing our clinical data on human serum and liver tissue, where a preliminary (40 patient data set) has yielded promising results, with ongoing work to expand this to a full clinical data set for publishing.”

Back to: North West England MRC Fellowship Scheme in Clinical Pharmacology and Therapeutics