One of the leading musicians of his generation, Paul Lewis will return to the city of his birth for a special Steinway Piano Recital – performed on the instrument he selected specially – on March 29.

But that’s not all, as the new 400 seat, acoustically optimised, flexible music performance space, capable of facilitating chamber music, vocal groups, electro-acoustic and multi-media work, or up to a 70-piece orchestra, welcomes a huge variety of performers through its doors for its first public programme of events. 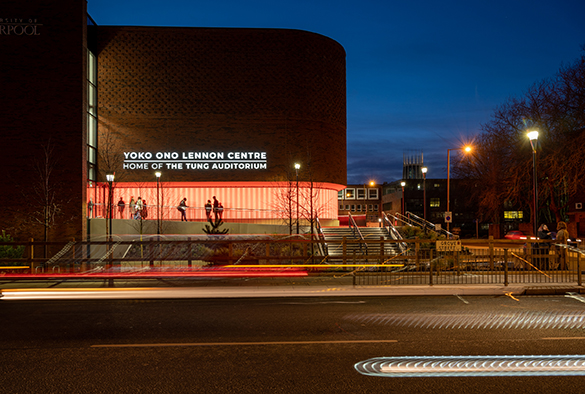 “We’ve got a real Liverpool and North West focus over the next few months, and it’s fantastic that within the programme we already have several co-promotions with prestigious local organisations, from the Liverpool Philharmonic, to Milap and Parrjazz.

“This concert hall is designed to be an exceptional space for classical music, but its versatile design allows us to do so much more, so we will be capitalising on this with a wide and varied programme.

“We want to build on our existing partnerships and make an impact locally, regionally and nationally. Watch this space!” 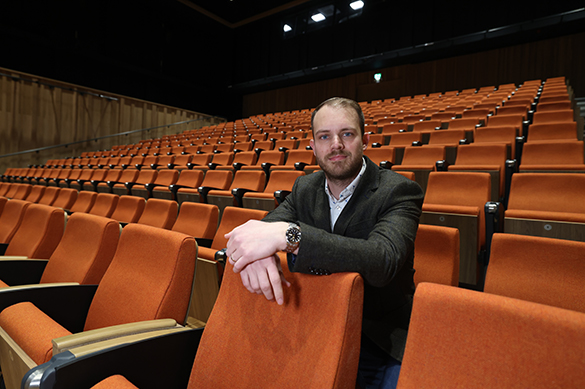 The programme opens on February 2 with the University’s hugely popular, and free, Lunchtime Concert series, before the evening shows begin on March 5, with the first of the Musical Futures showcase featuring acoustic, mixed and electroacoustic performers, composers and curators, Distractfold.

On April 9, The Tung Auditorium welcomes former The Coral lead guitarist, Bill Ryder-Jones, for a special one one-off performance of tracks from his solo album show of Yawny Yawn, with added string quartet.

Other highlights include Legacy and Nine Dragons double bill – part of the Musical Futures series – on April 29; the intense and thrilling jazz four-piece, My Iris, featuring saxophonist, Trish Clowes on April 30; Manchester Collective bring a chamber orchestra project on June 17; and a celebration of 20 years of big band from Dr Jazz and the Cheshire Cats, on July 2.

The new concert hall, situated on the corner of Grove Street and Oxford Street, will also be the home of the Royal Liverpool Philharmonic Orchestra’s contemporary music group, Ensemble 10/10, while the Solem Quartet will continue in their role as University of Liverpool ensemble in residence. 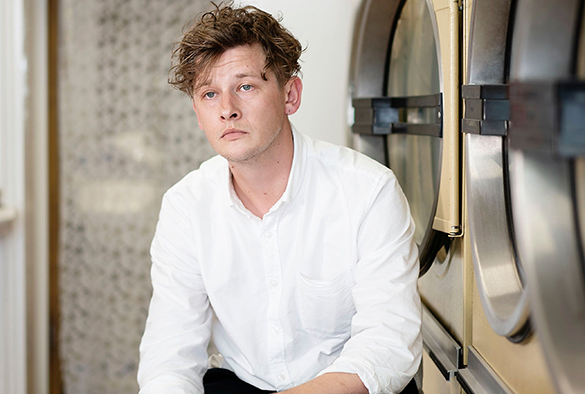 Professor Catherine Tackley, Head of the University of Liverpool’s Department of Music, said: “The Tung Auditorium is a very special space which will make a huge impact on the University community and the City.

“We are proud to be involving students in all aspects of the venue, not only as performers and composers, but also as technicians, and in artistic planning and production.

“The richness and diversity of the launch season makes a fantastic contribution to Liverpool’s cultural offering and we are looking forward to welcoming audiences from far and wide in the coming weeks and months.

“On a personal level, the launch of The Tung Auditorium is both the culmination of a lot of hard work with many colleagues to bring my original vision to fruition, but also the beginning of what we believe will be a new chapter in Liverpool’s rich musical history.”

The Tung Auditorium appointed two community affiliate organisations, Allerton Brass and Liverpool Mozart Orchestra (LMO), with LMO debuting on May 14 with a programme of Beethoven.

For more information on The Tung Auditorium Launch Programme, and to book your tickets, please visit https://thetungauditorium.com/