Women's History Month is a chance to celebrate the efforts that different feminist groups exercise to make the world a better and safer place.

Las Tesis is a Chilean feminist collective based in Valparaíso who fight against gender based violence and the systematic use of power to repress women. These are women who are tired of the normalisation of this type of behaviour and the patriarchal system deeply rooted across Latin America and many other parts of the world. `Un violador en tu camino´ - ‘’A Rapist in your Path’’ is the title of a powerful protest performance by the group.

The first recital took place on International Day for The Elimination of Violence Against Women on the 25th of November 2019, approximately one month after the start of huge social unrest in Chile. A group of 2000 women performed their powerful song and choreography in unison in front of the Palacio de la Moneda, Chile´s parliamentary building.  The chant gave a twist to traditional protest culture, empowering the voices of thousands of women.

The lyrics of the Chilean anthem are simple and are directly addressed to the perpetrators. They describe how the political structures of a county - “the police, judges, the state and the president” are partly to blame for the high level of sexual abuse. Women are also often blamed for being victims of sexual assault due to what they are wearing, something which is also revealed in the lyrics. The song concludes with “El violador eres tú / the rapist is you.” For me and for many women, this song is necessary in society as it reveals the patriarchal issues across the globe, as well as allowing women to convene together and share their stories. It is awareness, expression and standing up for women’s rights that will allow a shift in society to be made.

“Y la culpa no era mía, ni dónde estaba, no como vestía / And it´s not my fault, nor where I was, nor what I wore”

The protest went viral on social media and soon the performance had become an international feminist phenomenon, gaining global recognition and being performed by different groups from London to Mexico, to Kenya and India. The piece that has been adopted by thousands of women and men who are all raising their voices and has become an “a battle hymn” against the systemic use of sexual violence to repress women. Across the world, thousands of women have taken to the streets to sing, to shout and even to cry, their tears representing the struggle and hurt of those who have been subject to gender, domestic violence and femicide. Most recently it became part of the #MeToo movement, it was chanted outside the New York courtroom where Harvey Weinstein was on trial and subsequently found guilty of rape. 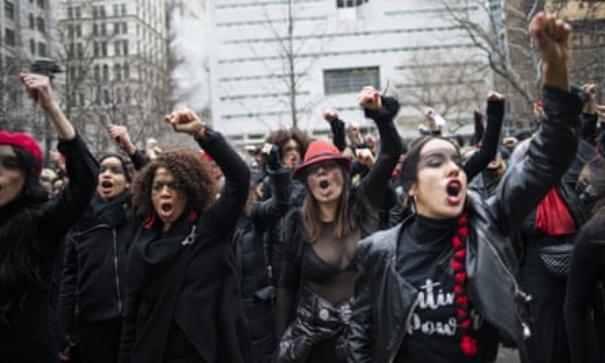 The future is looking brighter for women.  This global phenomenon has allowed them to speak out and reveal the reality of this widespread and all too common problem. I hope that the empowerment of women and the discourse around gender based violence will continue and that this will initiate change for a better world.

Sophie is a Business and Hispanic Studies student. Learn more about the Modern Languages and Cultures department here.