AWAKE is a unique experiment at CERN using the high power SPS proton beam to drive large electric fields in a plasma in order to accelerate an externally injected electron beam.

The collaboration has just announced that an important milestone was reached: A phenomenon called “Self Modulation Instability (SMI)” was observed during the first data taking of AWAKE just before the winter shutdown at CERN. This instability occurs when a proton bunch that is much longer than the plasma wavelength enters the plasma. Simulations showed that the proton bunch develops microbunching at plasma frequency after travelling about 4m in the plasma. SMI is important because wakefields from each microbunch are expected to add up coherently, resulting in a much higher acceleration field than the one that can be obtained from a single short driver bunch. 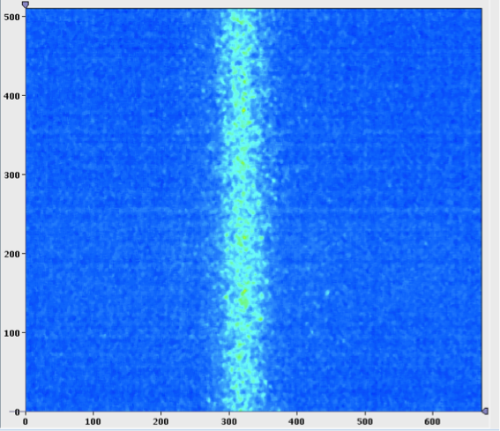 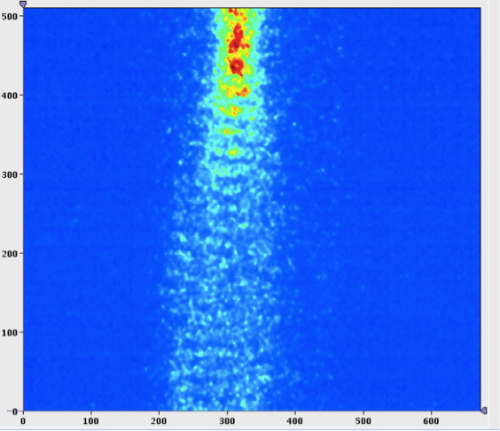 Comparison to the proton bunch longitudinal profile (top, no plasma) with the profile for a bunch passing through the plasma (bottom).  The strong modulation of the bunch is clearly seen.

The plans of the AWAKE Collaboration are now to study the proton bunch modulation in detail in 2017, and then start on a program of demonstrating the acceleration of electrons in the wake of the proton bunch.  Demonstration of GV/m scale accelerating gradients for electrons is planned until Long Shutdown 2 of the LHC at the end of 2018. The results achieved last week are the first step in this ambitious and exciting project.