The QUASAR Group organised a Researcher's Career Workshop hosted in the beautifully preserved city of Krakow, Poland, June 26 - 27, 2016. Expertly executed by our very own Magdalena Klimontowska, the event simultaneously acted as an important opportunity for researchers to explore career options and as a reunion for LA³NET and oPAC Fellows. 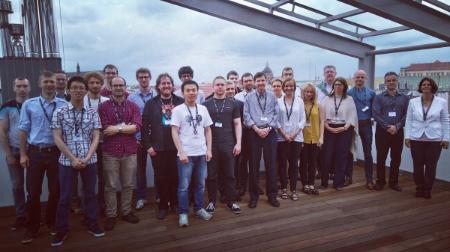 Krakow greeted the QUASARs with some stunningly sunny weather which paved the way for an active Sunday. Various Fellows flocked to a conference room inside of the Campanile Hotel for an interactive sightseeing game aptly titled “The Disappearance of Professor Einstein Jr.” In which the participants were divided into teams and competed to solve the professor’s disappearance by finding clues and completing intellectual challenges around Krakow’s old town.The competition involved orienteering, riddles and even climbing 271 steps up to the trumpeteers room of St. Mary’s Basilica. Completion of these challenges allowed the participants to discover the location of the elusive Professor who was waiting in the “W Starej Kuchni” restaurant, where the weary contestants were rewarded with a plentiful banquet of Polish cuisine.

Monday began with an early start as the attendants gathered on the panoramic top floor of Krakow’s International Cultural Centre in preparation for the upcoming presentations. The workshop began with QUASAR Group leader Prof. Carsten P. Welsch, who introduced the meeting with a talk on researcher career pathways and also spoke later in the afternoon on careers in academia. Other QUASAR contributions to the event included EU Project Manager Dr. Ricardo Torres’ presentation about his personal experience on an alternative career path, and Ms. Alexandra Alexandrova who spoke about running a spin-off company, using her own experiences as CEO of D-Beam ltd. for reference. 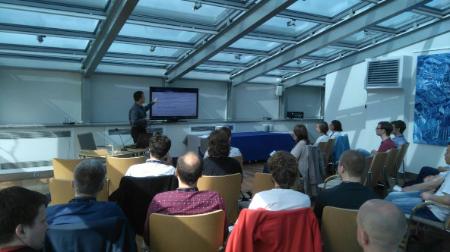 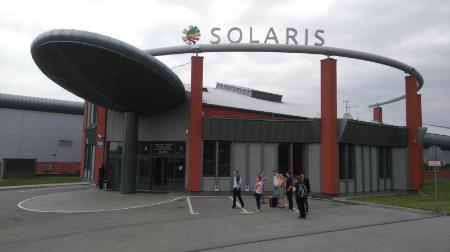 The following day, the QUASARs and other the Marie Curie Fellows were treated to a visit to Solaris - the Polish National Synchotron, which involved detailed talks on the Synchotron from several members of the Solaris team. In addition to this, there was a comprehensive tour led by Machine Deputy Director, Dr. Adriana Wawrzyniak, which involved the group getting to see exactly what the Synchotron consisted of and how it worked.

Overall, the entire event was found to be a resounding, and rewarding, success.