Cancer is a major health problem and it is the main cause of death between the ages of 45 - 65. Although significant progress has been made in the use of particle beams for cancer treatment, extensive research is still needed to maximize healthcare benefits. Improving ion beam therapy for enhanced cancer treatment is the goal of a new European research and training network that will focus on the Optimization of Medical Accelerators (OMA).

The project joins 24 institutions from all across Europe and will be coordinated by the Cockcroft Institute during its 4 years duration. The consortium has been awarded almost 4 M€ by the European Commission to train 15 Early Stage Researchers and carry out a cutting edge R&D program into treatment facility design, numerical simulations for the development of advanced therapies, and novel imaging techniques. 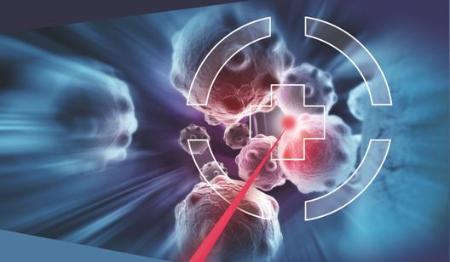 Prof. Carsten P. Welsch, Head of the QUASAR Group, initiated and will coordinate the network. He said: “The field of particle therapy has steadily developed over the last 6 decades, first in physics laboratories, and starting in the late 90’s in dedicated clinical installations. By March 2013 about 110,000 people had received treatment with particle beams, the vast majority having been treated with protons and around 15,000 patients with heavier ions such as helium, carbon, neon, and argon.”

“OMA will push the limits in treatment facility design, imaging techniques and treatment optimization through advanced numerical studies. A network of European universities, research centers, clinical facilities and industry partners with outstanding expertise in this area will jointly develop advanced schemes to assure the best possible cancer care for patients.”

Competition for receiving such funding is extremely high with average success rates of the order of only 5%. Moreover, OMA is the first and only EU network that has ever received a final evaluation mark of 100%, amongst thousands of proposals that have been submitted to date.

Prof. Welsch adds: “I am absolutely delighted about this fantastic result. In close collaboration with our project partners we will provide a broad and interdisciplinary training program to our Fellows to develop them into outstanding researchers. We will also organize many events for the wider research community to stimulate knowledge exchange and generate a lasting impact.

The project is currently recruiting for its Fellowship positions that will be based at institutions across Europe. Outstanding researchers from around the world are invited to submit their application by 28. February 2016.

One Fellow will be based in the QUASAR Group and will work on the development of a non-invasive beam monitor for characterizing the particle beam used for cancer treatment.

To find out more about OMA, visit: http://www.oma-project.eu.

This project has received funding from the European Union’s Horizon 2020 research and innovation programme under the Marie Skłodowska-Curie grant agreement No 675265.