Head of the QUASAR Group elected as FLAIR Spokesperson

Antiprotons, stored and cooled at low energies in a storage ring or at rest in traps, are highly desirable for the investigation of a large number of basic questions on fundamental interactions, on the static structure of exotic antiprotonic atomic systems or of (radioactive) nuclei as well as on the time-dependent quantum dynamics of correlated systems. Fundamental studies include for example CPT tests by high-resolution spectroscopy of the 1s-2s transition or of the ground-state hyperfine structure of antihydrogen, as well as gravity experiments with antimatter. Antimatter experiments are at the cutting edge of science; they are, however, very difficult to realize. Currently there is only one facility in the world where these experiments can be carried out, the AD accelerator at CERN. 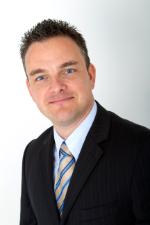 The international FLAIR collaboration wants to establish a vibrant physics program with these exotic particles at the future Facility for Antiproton and Ion Research (FAIR) which is currently being built in Germany. QUASAR Group leader Prof. Carsten P. Welsch has just been elected as spokesperson of this collaboration for the next three years. He will follow on Prof. Klaus Blaum, Director at the Max Planck Institute for Nuclear Physics in Heidelberg, and will be joined by Prof. Thomas Stöhlker, GSI Darmstadt and HI Jena, who has been re-elected as FLAIR co-spokesperson, and Prof. Jochen Walz, Johannes Gutenberg University Mainz, who will replace Eberhard Widmann, SMI, Vienna, as second co-spokesperson.