After being the first UK university to join the AEgIS (Antihydrogen Experiment: Gravity, Interferometry, Spectroscopy) antimatter experiment at CERN the University of Liverpool (UoL) participated in its first official collaboration meeting. Several members of the QUASAR Group joined the meeting and after only a few weeks officially in the collaboration are already making valuable contributions.

In this meeting the status of the AEgIS experiment, its progress to being operational after the restart of the CERN accelerator complex and the future pathway of the experiment were discussed. For the collaboration and the AVA network the use of the newly commissioned ELENA ring for precision antimatter research is particularly exciting. The use of 100 keV antiprotons is completely new territory and opens new doors into understanding of the universe. The opportunities opened by this new era formed a cornerstone of the of the talks at the collaboration meeting.

The first day of the meeting focussed on preparation for the 2022 antiproton run and the readiness of the experiment. This included updates on the installation of new hardware and commissioning of older hardware. The improvements in the trap, control and laser systems will lead to improved measurements in the next run.

Particularly interesting for the UoL was the discussion on the ion sources as the QUASAR Group has already made significant contributions to the design of the ion injection chamber and its beam dynamics design. The optics design from the UoL side was led by AVA Fellow Volodymyr Rodin and resulted in the so-called `startship’ chamber (Figure 1) to allow injection from two ion sources, as well as antiprotons from ELENA, into the AEgIS experiment. This new component is already in production and will be installed in the transfer line in the coming weeks (Figure 2). 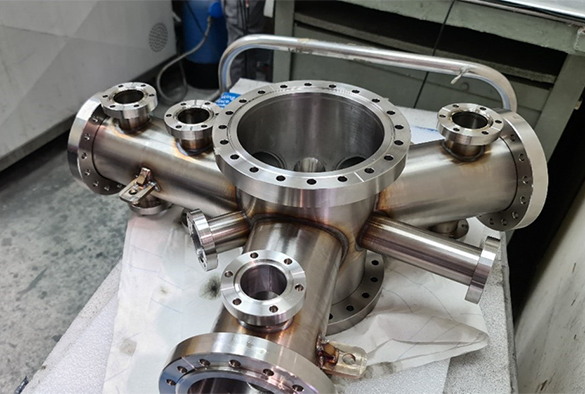 Figure 2: Ion injection chamber nearing the end of production before being shipped to CERN.

AVA Fellow Volodymyr Rodin commented on the design work he carried out: “It doesn’t happen very often that we can consider all important aspects of the design before the construction phase, but with our simulation framework we already have a thorough understanding of the fine adjustment which will be needed in the future experiment.”

The addition of the ion sources is an exciting development that opens new areas of research for the collaboration and is one which the UoL hope to continue to contribute. These areas detailed studies of exotic atoms and areas of nuclear physics.

The UoL wants to build on its early contributions to the experiment, providing its expertise through the coming run and contributing to the ground-breaking future studies that will be carried out by AEgIS.

QUASAR Group member Aaron Farricker said: “It was great to see the progress made within the AEgIS experiment looking towards the next run and to see what an exciting physics program the QUASAR Group will be involved in through the coming years.”