It was a busy time for QUASAR Roland Schnuerer last month. Developing the VELO detector as a stand-alone beam monitor for medical accelerator, a major milestone was achieved when he took the detector modules with QUASARs Hao Zhang and Jacinta Yap to the 40 MeV proton beam line at the University of Birmingham.

It was the first time that the developed adaptations described in the recently published Journal paper were tested. During a full week of measurements, together with his collaborators Tony Price from the University of Birmingham and Tomasz Szumlak tried out various settings of the cyclotron and VELO detector.

The focus was to study the changes of the beam current and variation of beam profiles through different collimators. A lot of data was taken and is now being analysed.

It could already be seen that the hard work paid off and the results are expected to give a clear idea about the capabilities of the VELO detector as an online beam monitor. Results will be presented at the upcoming conferences IPAC19 in Melbourne and PTCOG58 in Manchester. 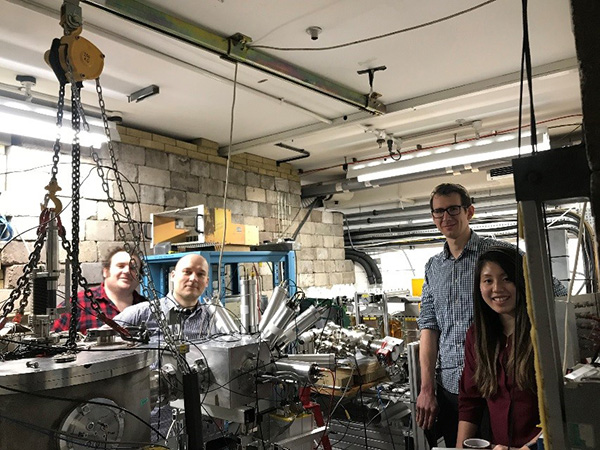 Just one month later, Roland was invited by his collaborator Tomasz Szumlak to give a 45 minutes Seminar of ‘Novel silicon based beam monitors for medical accelerators’ at the AGH University of Science and Technology in Krakow, where he presented the project as a whole and could give a first glimpse of the achieved results. Further, he outlined the work at the Clatterbridge Cancer Centre, where VELO in combination with Medipix3 will be used for more beam diagnostics studies. 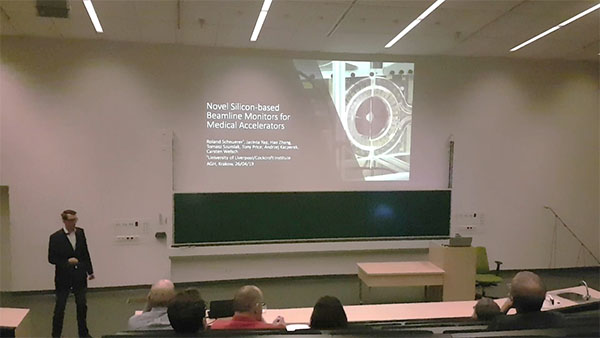