At Kent, his undergraduate Masters thesis was based on a series of computational material simulations entitled: Simulating the density of states, band structure, Fermi surface of cobalt and copper at 0-200 GPa. His final year modules included rocketry and human spaceflight, particle and quantum physics, magnetism and superconductivity and finally topics in functional materials. He also co-founded the Physics Society (PhySoc) and was Treasurer for 2 years.

At Berkeley, mostly Physics and Nuclear Engineering classes were taken which led into a summer job within the RadWatch group at Lawrence Berkeley National Laboratory (LBNL). This is where he was the primary developer for the DoseNet project, a network of custom-made dosimeter devices, primarily remotely installed in schools in the San Francisco Bay Area and now at a number of sites around the world. 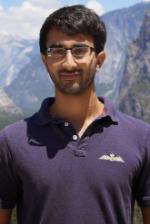