Liheng Tian received his Bachelor’s degree in Particle Physics and Nuclear Physics at them University of Science and Technology of China in 2013. During his Bachelor’s studies, he investigated the enhancement of radiation effects by nanogold for carbon radiation therapy at Institute of Modern Physics, Chinese Academy of Sciences. In 2013, he started his Master’s study at the University of Chinese Academy of Sciences in Beijing. From 2014 to 2016 his research focused on the use of radioactive 9C beam in radiotherapy. In his work, a Monte Carlo - based Local Effect Model (LEM) re-implementation was built for the evaluation of Relative Biological Effect (RBE) for radiation. Then, combining the LEM reimplementation and Geant4 MC simulation software, the RBE enhancement for 9C beam was simulated and investigated. The work about 9C was published in Medical Physics.

Liheng Tian joined the OMA network in 2016 at LMU Ludwig-Maximilians-Universität München in Germany. 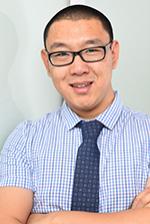