Jake graduated in 2014, and is currently studying for a masters degree in composition and conducting at the Guildhall School of Music and Drama, whilst working as a composer, music director and jazz musician.

What work have you done since leaving Liverpool?

In the two years between graduating and beginning my MMus, I worked as a composer and music director, specialising in music for theatre. I have written several pieces for Youth Music Theatre UK; my recent commissions being The Crucible (composer/MD), The Time Machine (composer/MD) and Miss Interpreted (co-composer/assistant MD). Separately I was commissioned to compose the score for Oldham Theatre Workshop’s production Degenerate, a piece exploring the role of totalitarian politics on culture. A workshop version of the piece ran at The Old Museum in Oldham (March 2015), and I am currently developing the project with RNCM librettist Derek Martin.

In the summer of 2014 I was the Music Director for the London premier of Arthur Miller and Stanley Silverman’s Up From Paradise, which ran at the New Wimbledon Theatre. I have since workshopped Mr Silverman’s latest piece, Fantastic Medicine, which will run in the spring of 2017.

During the academic year of 2015-2016, I was employed at the music director of the Keele University Concert Band, with whom I conducted the UK premier of Missa Santa Cecilia by the Dutch composer Jacob de Haan. Other performances focused on early twentieth century classics by Holst, Elgar, Vaughan Williams, Stravinsky and Poulenc.

In addition to my work as a composer-MD, I regularly work as a freelance jazz pianist and double bassist, and I am pursuing a career in academic composition

How did your course prepare you for your job?

As an undergraduate I took the classical pathway modules, focusing on composition and orchestration; analysis and theory; music history; and classical piano performance. I also undertook studies in aesthetics, film music, and jazz piano. Each of these has been fundamental to providing the academic and vocational skill-set that I now use on a daily basis, having simultaneously broadened and deepened my knowledge of music.

The university’s societies also provided a variety of opportunities to improve musically; I was the MD for productions with Liverpool University Student Theatre, and I played piano with the university big band.

What advice would you give to incoming students?

I would recommend that all aspiring composers get a thorough classical training, even if their passion lies in other styles. Studying harmony, counterpoint, orchestration etc might not seem important if you want to write contemporary pop-musicals, but it will strengthen your craft and allow you to work more quickly and effectively, whilst broadening your creative palette. On a more pragmatic note, if you can not only write the songs, but also arrange them, play rehearsal piano and conduct the pit-band, then you’re much more likely to work!

What was your best experience of studying at Liverpool?

One of the best aspects of the course was that the classes were really quite small, particularly when specialising in years two and three. All of my lecturers - who were leading authorities in their respective fields - not only knew me on first name terms, but also really understood my work, and were therefore able to push me musically and academically. 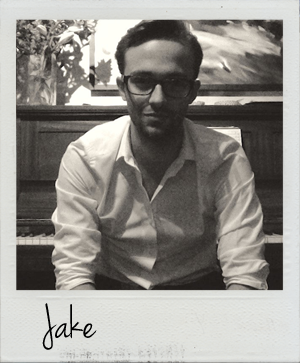