Alexander Hill graduated with an MPhys in Physics and Astronomy from Durham University in 2016. His dissertation was an investigation to the properties of galaxies at the time of peak star formation in the universe, through the use of integral field spectroscopy.

Alexander joined the LIVDAT CDT as a PhD student in October 2017. Based at the Astrophysics Research Institute at Liverpool John Moores University, he will first use simulations from the EAGLE project (the Evolution and Assembly of Galaxies and their Environments) to investigate the expected shapes and orientations of the cold gas of galaxies and host dark matter halos ahead of investigations intoweak gravitational lensing in upcoming radio surveys. He will then work to bridge the gap between simulations and real-world observations by creating ’synthetic skies’, investigating how the universe within the simulation would appear to an internal observer. 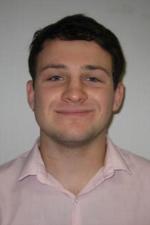