Michael Budde studied physics at Aarhus University, Aarhus, Denmark. He received the PhD degree in 1998 on experimental studies of local vibrational modes of hydrogen-related point defects in Silicon and Germanium. He then worked as post doctoral researcher for two years at Vanderbilt University, Nashville, TN, where his studies of the vibrational modes were extended into the time domain using pico-second infrared pulses from the Free Electron Laser at Jefferson Laboratory. In 2000, Michael changed research subject from semiconductor physics to quantum optics of ultracold atoms. He worked as a post doctoral researcher at Harvard University, Cambridge, MA, where he and his coworkers used slow light to create quantum shock waves in Bose-Einstein condensates. Back at Aarhus University in 2002, he established a research group, and built a laser and ultracold atom laboratory for experiments on Bose-Einstein condensates. 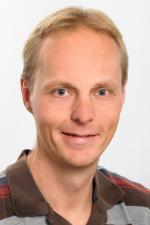