Born in Plasencia (Spain), 1970 Enrique Conejero Jarque graduated 1995 in Physics at the University of Salamanca. He finished his diploma thesis on nonlinear optical phenomena in dense absorbers. 1998 Enrique completed his PhD thesis on Harmonic generation and propagation in ionizing media at the Optics Group in the University of Salamanca. Afterwards he worked as a post-doc at Università di Pisa (Italy), studying the interaction of ultrashort laser pulses with plasmas.

Back in Salamanca, where Enrique is Associate Professor on Optics right now, he collaborates with the CLPU where he is the scientific in charge for this network.

Research interests along these years were nonlinear optica phenomena in resonant media, atomic ionization, harmonic generation and propagation as well as laser-plasma interactions in the ultrashort ultrastrong regime. 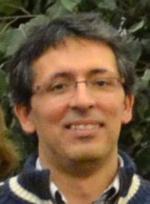