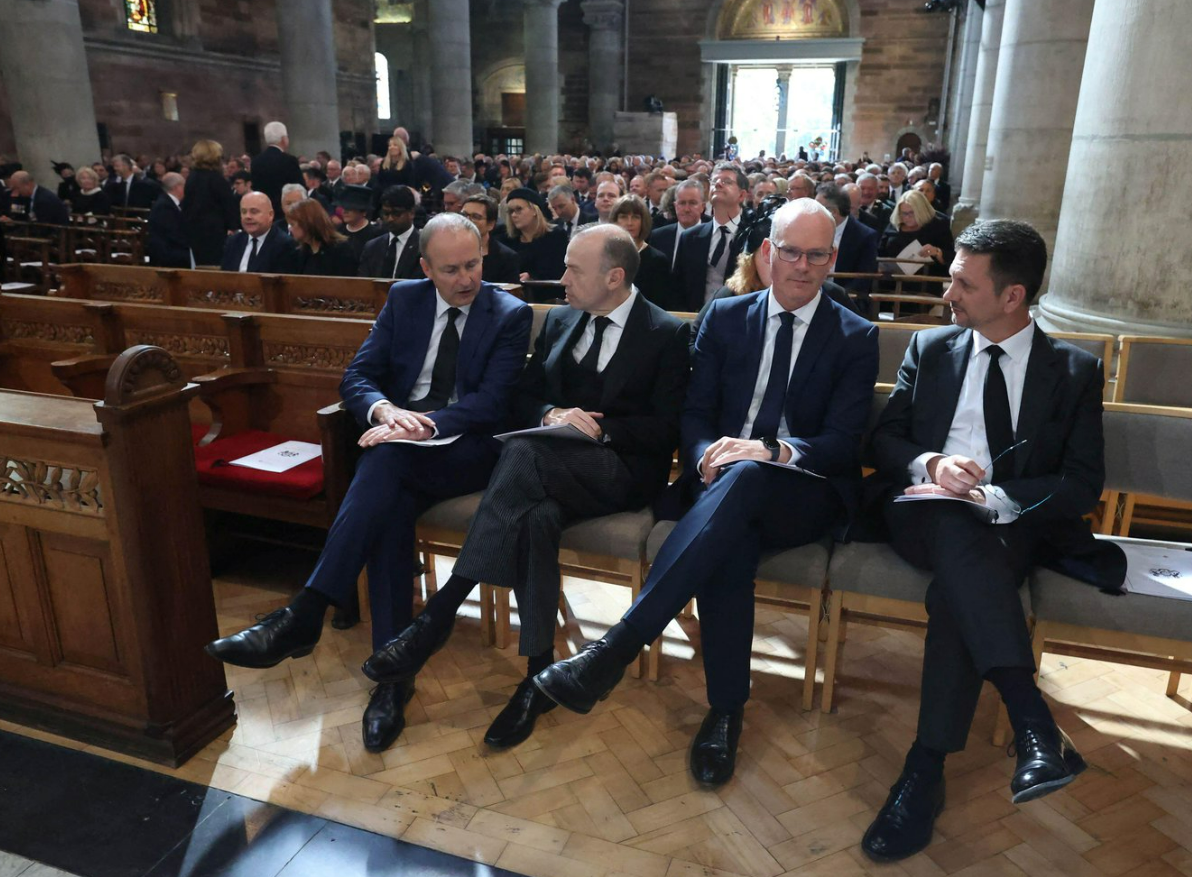 Professor Peter Shirlow is Director of the University of Liverpool Institute of Irish Studies.

Liz Truss has admitted that a US-UK trade deal is off the table.

This may seem odd given that such a trade deal was often sold as one of the key benefits of Brexit – but the White House and Congress have stated that no progress can be made unless the UK settles its ongoing dispute with Brussels over the Northern Ireland Protocol.

If Truss is willing to discard that option, publicly at least, it suggests she and her government are preparing for an escalation in tensions with the EU over the issue, rather than a resolution.

That was certainly the message sent when Truss appointed two former chairs of the Eurosceptic backbench European Research Group (ERG) to the UK’s Northern Ireland Office a fortnight ago – a move that delighted the Democratic Unionist Party (DUP), but signalled further instability for the country to others.

The new prime minister’s choice of Chris Heaton-Harris and self-styled ‘Brexit hardman’ Steve Baker is seen by the DUP as a sign of support for playing hardball with the EU.

Heaton-Harris kicked off his appointment by calling for the controversial Protocol Bill to be accelerated. This bill allows the UK to overrule sections of the Ireland/Northern Ireland Protocol, and lets UK ministers override the European Court of Justice in decisions about EU laws that were to be maintained in Northern Ireland to protect its access to the single market.

In short, the bill is a hazardous legislative method that potentially tears up an international treaty.

The EU’s chief negotiator Maroš Šefčovič has suggested that physical checks on goods travelling across the Irish Sea could be reduced to a “couple of lorries a day” – if the UK government would re-engage in negotiations. Despite such flexibility and pragmatism, the government’s response was that the EU should accept in totality the policies (or, rather, demands) laid out in the Protocol Bill.

It is hardly the language of flexibility – negotiations that result in further mitigations are likely to encounter the perpetually hard-line mood of the ERG and DUP. Neither group is akin to the pragmatic architects who delivered the Good Friday Agreement through compromises favoured by both Republicans and Unionists.

The agreement saw Republicans accept the principle of consent, which rejected violence as a means to create constitutional change, and achieve reform of the Royal Ulster Constabulary into the Police Service of Northern Ireland. Unionists. meanwhile, witnessed the Irish state’s dropping of territorial claim to Northern Ireland, but accepted the legitimacy of Republicans to pursue a united Ireland. That was the era of ideological dilution to achieve compromise during a period of intense violence.

What appears now, however, is a form of political ‘leadership’ that cannot bear conciliation.

ERG politics asserts that unionists demand the removal of the Protocol – when, in fact, surveys show both they and Irish nationalists actually want to see negotiations and additional mitigations. It is a complete misnomer to contend that there is no inter-community consensus that seeks solutions.

The emerging politics of forceful Brexiteerism now threatens the Good Friday Agreement and the positive change that it achieved.

Over the past 15 years, sectarian crime has declined by 62%. Belfast, which between 1970 and 1998 lost a quarter of its central retail space to bombing, is currently ranked seventh out of 179 UK NUTS3 regions in terms of gross value added (that is, an area’s relative contribution to the national economy).

Yet now, Northern Ireland’s emergence as a world leader in fintech and cybersecurity is threatened by Brexit’s instability.

Both sides of the conflict in Northern Ireland had claimed to be protecting people's respective identities – but were in fact reproducing the excesses of those identities through violence. Since 1998, many in the country have come to reject that ideology of conflict.

That situation is now being confronted by a new ideological excess: Brexit. The whole premise of the Good Friday Agreement, based upon the right to variant identities, open borders, and softer forms of Irish nationalism that could live within a more inclusive Northern Ireland, is now inverted by the blunt assertions of the ERG. The ERG prefers restrictive forms of nationalism at the cost of a proper appreciation of the delicate nature of relationships that shape a more consensual society.

The ERG’s perpetual energy for chaos is well established. In 2017, the group rejected the May government's Backstop Protocol, which was to keep Northern Ireland and Great Britain in some aspects of the single market with the EU while solutions to remove the need for customs controls between Northern Ireland and GB were negotiated. In 2020, the same group voted for the protocol, now, again, it effectively wishes to repeal it.

The protocol has proven, given Northern Ireland’s better-than-GB post-COVID trade performance, the importance of access to the EU single market. It epitomises the fundamental and dire realities of Brexit’s subversion of single market access. The protocol – with its open borders, European-led arbitration, protection of rights and promotion of all-Ireland inter-connection – is intolerable to the small-minded rhetoric of taking ‘our country back’. It is too consensual, imaginative and beyond UK control. The fact that it places Northern Ireland in a unique trading position both within the UK and EU single market, and that it will thus drive investment and reduce dependency upon the Exchequer, is disregarded within emotions wrapped in anti-European sentiment.

But the protocol has undoubted flaws, too. The ludicrous surcharge of 25% on steel products being moved from GB to Northern Ireland, due to EU policy in August 2022, highlights one of them. A year earlier, Brussels was forced into a humiliating U-turn after initially trying to impose border controls on COVID vaccines moving into Northern Ireland from the Republic.

Ultimately, those in charge of Northern Ireland’s future have faith in ill-defined principles: either protocol rejection, or sacrosanct protection of the EU single market. Peacebuilding in Northern Ireland brought positive changes in security and investment, and faith in the Northern Ireland Assembly. These changes are now unprotected and vulnerable. Peacebuilding is being cast upon the shore by the politics of Brussels and, especially, London. It is time to protect the Good Friday Agreement.

This article was first published on Open Democracy. To read the original article, please click here.