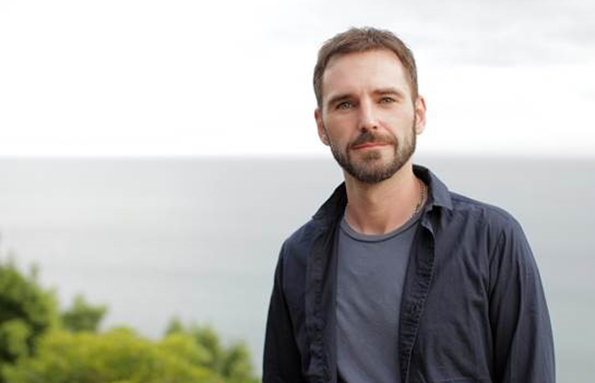 Grammy nominated songwriter, producer and Snow Patrol band member, Johnny McDaid has been made an Honorary Fellow at the University of Liverpool’s Institute of Irish Studies.

Mr McDaid, who was born in Dublin and raised in Derry, Northern Ireland, will visit the University to give a talk to students, write blogs for the Institute website and help to support students through generating sponsorship opportunities for scholarships.

He said: “I am honoured to have been made a fellow at the University of Liverpool's Institute of Irish Studies.

“I look forward to working with the Institute and the University in finding opportunities to bring something of Irish culture to the world.”

In his first piece for the Institute, Mr McDaid considers the notion of “Irelandness”.

Mr McDaid: “Echoes of Ireland’s voice are found on nearly every corner of the earth and, should you hear it and find harmony, curiosity, or wonder as you walk towards it, she will welcome you in.

“For culture, unlike people, is not afraid. It exists only as a collective as it lives in hearts, minds and in art. Culture knows that she is in flux and not in ignorant stasis, claimed as a “stuck thing”, felt or known only by those who deem themselves worthy.”

Although born and raised on the island of Ireland, Johnny McDaid moved to London in his late teens. His prolific song writing ability saw him create some of the biggest hits of the decade, including Ed Sheeran’s Shape of You, which spent 14 weeks at number one in the UK charts and clocked up more than two billion video views.

He co-wrote seven songs on Ed Sheeran’s 2014 album X, for which he received a Grammy nomination, and produced three tracks and co-wrote eight on Sheeran’s most recent release, Divide.

Having worked on songs with Snow Patrol frontman, Gary Lightbody, Johnny McDaid joined the band on its Fallen Empires Tour.

“When he last visited he spoke eloquently about how Ireland is a society moving into a new era of rights, equality and inclusion.

“He is the epitome of modern Irish culture and will help develop the Institute’s vision of inclusion and the recognition that, on the island of Ireland, identity is hybrid and shifting.”

Johnny McDaid lives in London and divides his time between the UK and Los Angeles, where his actress partner, Courteney Cox lives.