The triumph and challenges of Joe Biden 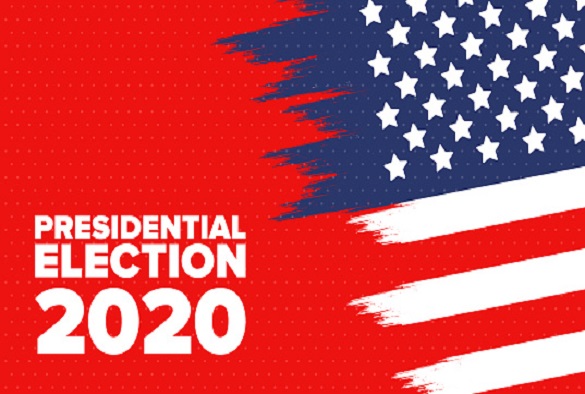 Dr Michael F Hopkins is a Reader in American Foreign Policy in the University of Liverpool’s Department of History:

The US presidential election of 2020 has gripped the world’s attention. For four days the counting proceeded in an atmosphere of high tension and uncertainty about the result.

But steadily the tide turned against President Donald Trump and Joe Biden has emerged the winner. In the exhilaration of victory his supporters claim that this constitutes the comprehensive defeat of a nasty anomaly in American history. The story of the 2020 election and the prospects for a Biden presidency are more complicated.

Throughout the campaign the polls consistently placed Biden ahead nationally and in nearly all the states. We were persuaded by the polls that there was a blue wave of support that would easily overcome Trump and his rancorous populism, removing this aberration in American politics. Then, as the results began to arrive, we discovered the depth of support for Trump. Indeed, he attracted more votes than he had done in 2016.

How had the polls been so wrong? Those expecting his defeat had indulged in wishful thinking and trusted polls that had been similarly wrong in 2016. But surely they had adjusted for their previous errors. It turns out that there was a solid core of Trump supporters who were not willing to reveal themselves to pollsters.

One poll discovered that 19% of them said they would not tell a close friend or family member that they backed Trump. Others simply refused to participate in surveys run by people they considered members of the “deep state” that sought to thwart their political wishes and social lives.

Why had so many Americans voted for Trump? He appointed himself the tribune of many Americans who felt left behind economically and derided by the political establishment. He aligned himself with the agenda of the Tea Party, which had emerged in 2010 as a populist movement for less government, lower taxes, an end to liberal attacks on what they identified as traditional features of American society and culture.

In a more vigorous and coarse manner he defined himself as the defender of ordinary Americans who had lost their jobs through globalisation. He would restore their manufacturing jobs. Trump benefited immensely from the new environment in which news and information was disseminated.

The right-wing TV news channel Fox News became a ready platform for his views; and his experience in reality television had taught him how to capture the attention of an audience. Various social media platforms allowed these views to be circulated even more widely. Cleverly appealing to the deep-seated patriotism of the people, he summed up his approach as making America great again.

Many in the Democratic Party argued that Trump’s bombastic, crude and inept performance as president would undermine support for him. His behaviour in office has, indeed, caused some of those groups who backed him in 2016, groups like suburban women, to turn against him, deeply disappointed by the divisions he has done so much to encourage.

And yet, huge numbers remained loyal and this is because he did deliver on matters important to his supporters. He appointed over 200 conservatives to the judiciary, and, in particular, three US Supreme Court Justices.

The first three years of his presidency saw steady economic growth and it especially benefited lower income workers. Those in the bottom 25 per cent of incomes saw their wages rise by nearly 5 per cent. According to Christopher Caldwell, “This was the first sustained downward redistribution of income and wealth since the last century.”

Despite all the sound and fury of the past few days, all the talk of fraud and stealing the election, it appears that the normal procedures of American elections will be followed.

There will be recounts of some ballots and court challenges but it seems unlikely they will affect the outcome. Meanwhile, we will proceed to the legal deadlines of 8 December for states to certify their popular votes, 14 December for the Electoral College to appoint its members in line with the popular vote in each state; 6 January 2021 when the new Congress assembles and tabulates all the Certificates of Vote from each of the states comprising the Electoral College; and 20 January when Joe Biden will be inaugurated as the 46th President of the United States.

The new president faces a tough array of challenges. In domestic affairs the corona virus is continuing to rage across the country; and the concerns of those who voted for Trump have not gone away. There is a good chance that the Republicans will retain control of the Senate, making it difficult to pass legislation.

Throughout the campaign and again in his victory speech on 7 November Biden has spoken of his desire to unite, to speak for and frame policies for all the American people. This should help to take some of the poison out of public debates.

He will never win the backing of the ultra-right with its conspiracy theories about the “deep state” that threatens their liberties. But he could greatly reduce the numbers of his opponents, if he can tackle the economic hardships of the many Americans who had turned to Trump in the belief that he alone was listening to them.

In foreign affairs he faces the need to restore confidence and trust in the United States, following four years in which Trump has castigated allies and threatened to withdraw from NATO. Biden will wish to re-commit the United States to the Paris climate changes goals, to try to return to the nuclear accord with Iran and to adopt a tougher-minded approach to Russia. And then there is China.

In no other area has Trump had a bigger impact on US foreign policy. Democrats and Republicans agree on the need for much more robust policies towards Beijing. Unlike Trump, Biden will seek to build alliances to restrain the Chinese.

To address all these challenges President Biden will need to carry a united nation and secure the support of friendly states and allies across the globe – from NATO to Japan, from Australia to India. No easy task.