Low-carb, no sugar, no fat: the fad diets popular in the 20th century 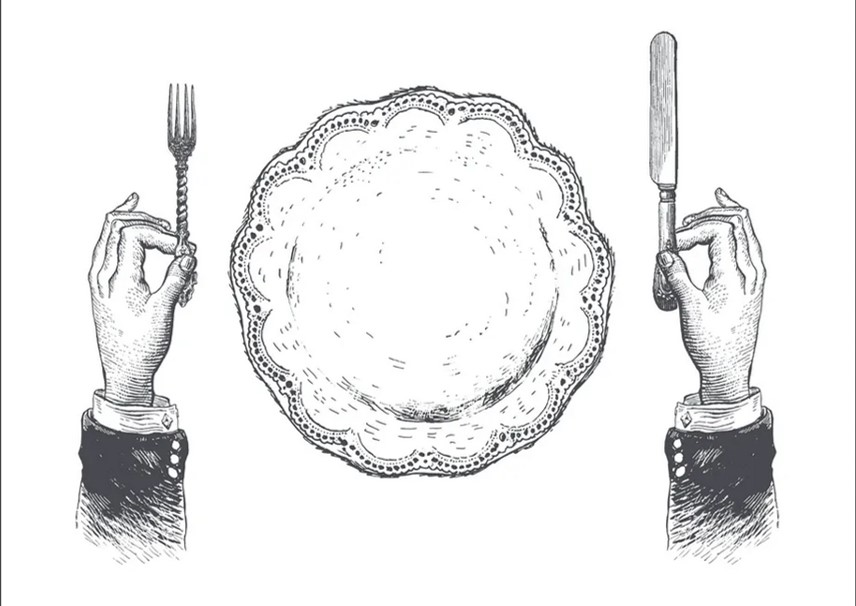 Dr Myriam Wilks-Heeg is a Lecturer in Twentieth Century history in the University of Liverpool's Department of History.

Fad diets certainly aren’t a 21st-century obsession. In fact, they were also a popular way for people throughout the 20th century to slim down and improve their health. Though much has changed since then – including what we know about dieting and weight loss – many of the popular fad diets we follow today share similarities with those followed in the 20th century.

Regulating body weight became a significant concern in the 1900s, thanks to emerging evidence about the links between obesity and mortality. Like many diets today, early 20th-century diets emphasised low-carb and no sugar.

One of the most popular diets in the early 1900s was the Banting diet, invented by English undertaker William Banting in 1863, who had used the diet to help him lose weight when he was obese. The diet appeared in many health manuals and women’s magazines, recommending people follow a high protein, low carbohydrate plan that avoided pork, beer, potatoes, and bread.

The Banting diet’s focus on avoiding carbohydrates set the trend for other popular diets at the time. For example, the dry-diet instructed users consume only one pint of fluid per day, no soups, sauces, or alcohol, and to avoid pastry, puddings, white bread, potatoes, and sugar. Another diet plan published in Home Science Magazine in 1905 told readers to avoid carbs, excess fluids, desserts, and to walk four miles a day.

Until the 1920s, weight loss was not an exclusively female domain. But by the interwar period (the 1920s and 30s), medical concerns over body weight were equalled by popular notions of beauty that called for slimness, which saw many diets being marketed exclusively at women.

The emergence of the 1920s feminine ideal of the “New Woman”, with her slim, androgynous outline, coupled with women’s increased spending power, may have also driven the popularity of diets during this era. As detailed by the magazine Woman’s Outlook, the “anti-fat reducing craze” was widespread in Britain by 1926. Home weighing scales had also become common, allowing people to easily monitor their weight. All this resulted in an abundance of diet plans and books, such as the Hay diet (invented by physician William Hay), which advocated avoiding certain food combinations to maintain the body’s balance, and “Slimming for the Million” by Eustace Chesser, which eliminated carbohydrates.

Avoiding carbs remained at the centre of most popular diets in interwar Britain. But some diets – such as the salad days or fast days diets – placed focus on limiting calories. For example, the 18-day diet, published in 1929 by the Daily Mail, suggested people avoid carbs and follow a strict diet. Readers were told to only eat half a grapefruit, one egg, one slice of Melba toast, six slices of cucumber, and tea or coffee for lunch. For dinner, they were limited to two eggs, one tomato, half a head of lettuce, and half a grapefruit.

While slimming diets unsurprisingly played next to no role during wartime and rationing, the years that followed witnessed an explosion of commercial weight loss solutions – all in the name of cultivating a slim, beautiful body.

By the late 1950s and early 1960s, body cultivation through dieting had firmly become a woman’s domain and dieters could choose from a plethora of regimens to reduce body weight – which had increased on average as a result of the postwar consumer boom. As before, low-carbohydrate approaches dominated – including the crash diet, the third-day diet, and the daffodil diet, which claimed would “give you the slim trim figure of a Spring Daffodil”.

Towards the end of the 1960s, weight loss regimens began focusing on limiting portion sizes and consuming as few calories as possible. The three-day-liquid diet from 1968, published in Woman’s Own, suggested readers only consume two eggs, two pints of fresh milk, juice from two big oranges, and one dessert spoonful of olive oil, as well as as much lemon tea or coffee as they wanted (no sugar). This was to help followers “forget sweetness”.

The emergence of slimming clubs, commercialised weight loss solutions, and fad diets during this period was partly driven by a recognition of the links between obesity and ill-health. But it’s also partly the result of culturally constructed beauty ideals for women that were linked to lower body weight.

Popular weight loss regimes became more than just slimming diets, and, in women’s magazines such as Woman’s Own, were increasingly touted as self-help tools for the emancipated woman. Achieving success and inner balance required control of the body through dieting and, increasingly, exercise.

The links between fitness and health resulted in the widespread emergence of fitness studios with popular exercise classes such as aerobics – a term first coined by Kenneth Cooper in 1960s, recommending gym workouts and high-energy movement. Regimes in the 1980s emphasised low-fat foods, which resulted from the introduction of dietary guidelines aimed at reducing fat intake in the late 70s and 80s.

The F plan diet was one of the most popular in this era, emphasising eating high fibre and low calories – and advised that people eat foods like muesli for breakfast, salad with pulses for lunch, and lean meats for dinner. At the end of the 20th century, diets such as Atkins or the south beach diet returned to Banting’s emphasis on cutting carbs for weight loss.

Despite the knowledge we now have about losing weight through dieting, fad diets continue to be popular. Modern diets such as keto or paleo even share many similarities with the low-carb, calorie restrictive diets popular throughout the 20th-century. Yet research shows fad diets may actually lead to weight gain and disordered eating.

So while the appeal of fad diets is understandable, evidence shows a balanced diet and exercising more are the best ways to lose weight.