Both sides of the River Mersey were lit up by spectacular fireworks on Sunday 4 November with a specially-commissioned musical display.

The free ‘River of Light’ event, which attracted tens of thousands of people to Liverpool’s waterfront, was the finale to the city’s China Dream season, a 10 month celebration of Chinese culture as part of the program of events marking ten years since Liverpool was crowned the European Capital of Culture in 2008. 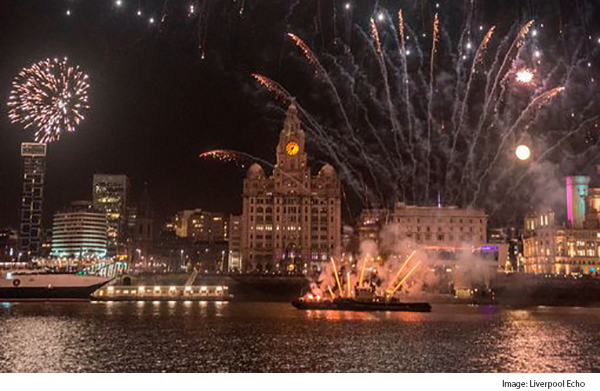 The theme of the display was the five elements which underpin Chinese philosophy: fire, metal, wood, water, fire and earth. Fire was represented by the fireworks, with the additional four elements being represented in impressive light instillations which lined Liverpool’s iconic waterfront. This included The Wave, which was made up of 40 triangular interactive gates. Designed by Copenhagen-based artists, Vertigo, the gates responded to people's movement by emitting light and sound.

In addition, a wide variety of streets performers entertained the crowds and a fire-breathing dragon patrolled the waters of the Royal Albert Dock Liverpool, courtesy of artistic company Walk the Plank. 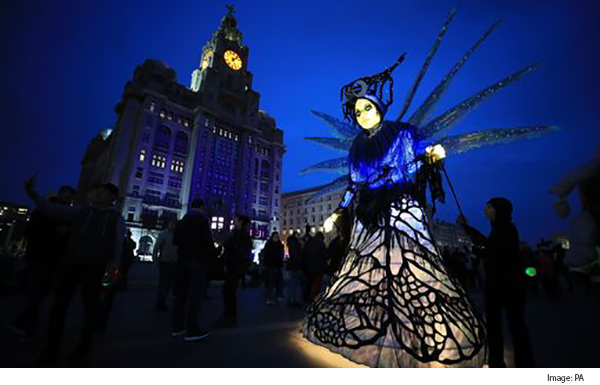 A special group of scholarship students were invited to join Michaela Riches, Deputy Director of Development, and Carly Deering, Stewardship Officer, at an exclusive event hosted by the Liverpool Mayoral 100 Club, on the balcony of the Royal Liver Building, the city’s most iconic landmark. The postgraduate students included our Tung Scholars, the most academically-outstanding students who have received scholarships from the University of Liverpool Graduate Association (Hong Kong). 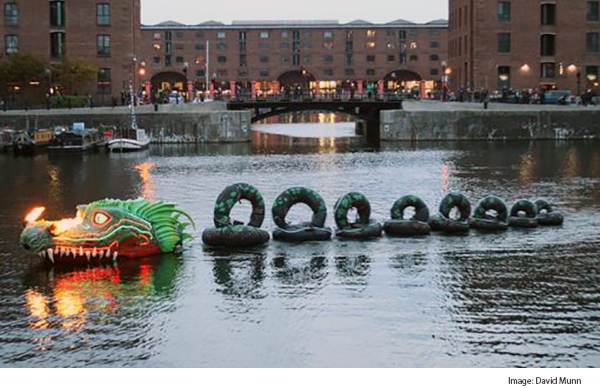 One of the scholars, Robert Lau (MA Music Industry Studies 2015) who is now studying for a PhD in Performing Arts and Music, said of the evening: “I had an epic night in the Royal Liver Building which is a symbolic and historic site for Liverpool; and certainly a place I have looked at with reverence for years. This event had such meaning to me; as this was the first time I appreciated the fireworks during Bonfire Night in such a historical site.

“By participating in such a memorable event, the scholarship community offers me a warm sense of belonging, and in some respects also a universal identity. So as well as being a native Chinese, I am also a part of Liverpool!” 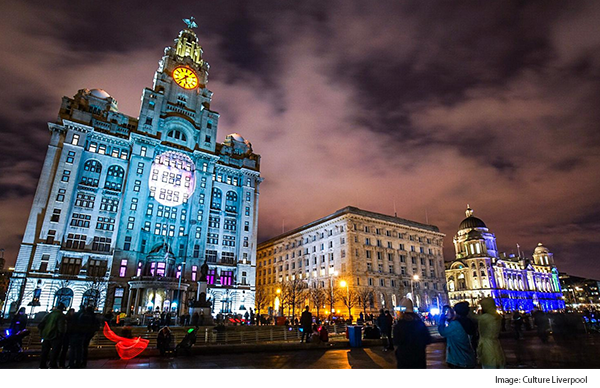 The Royal Liver building will soon be launching the ‘Royal Liver Building 360’: a unique tower tour and experience which will include a new lower ground floor visitor centre with incredible pieces of the building’s history on display. During the building tour, visitors can visit the 10th and 15th floors where they will enjoy spectacular views of the Liverpool and Wirral skyline as well as experiencing a world-class digital show inside the iconic clock tower.

The experience is set to launch in spring 2019. If you are interested in coming back to Liverpool, let us know by emailing: alumni@liverpool.ac.uk and view the list of alumni discounts at hotels in the city.