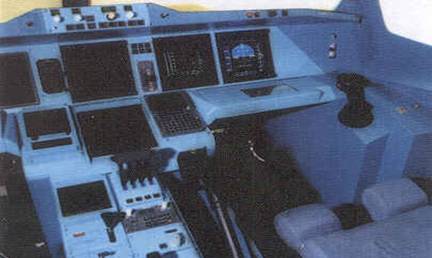 Market studies predict that by 2010 congestion at airports will result in smaller commuter aircraft being progressively phased out of major hubs in favour of larger passenger jets. This has resulted in the development of a new European aviation strategy to cope with increasing demand for air travel while avoiding congestion at airports. Two proposals for coping with increasing demand and relieving congested airports were to expand the airport areas themselves or to improve efficiency.

For the aviation industry, the tilt-rotor aircraft is an attractive solution to the second of the two proposals as it is more versatile than either a helicopter or an aeroplane. By being able to take off and land vertically, the aircraft does not need a long runway and also by switching to aeroplane mode for cruise, the tilt-rotor could be useful for example, for transporting small numbers of passengers between European cities quickly and efficiently. Quickly because the aircraft has unique operational flexibility, allowing it to land at heliports near a city centre and cruise at much higher speeds than a helicopter. Efficiently because the operating costs are lower than those of a helicopter and has more than double the range.

In response to the expected market resulting from sustained passenger traffic growth, the European rotorcraft manufacturers combined their efforts to develop a Civil Tilt-Rotor (CTR) through several Critical Technology Projects (CTPs) commissioned under the European Union 5th Framework. Among others, ACT-TILT will be conducted by a consortium of twelve partners representing five EC nations and will be completed by April 2005.

The ACT-TILT project aims to significantly contribute to the development of a flying European tilt-rotor demonstrator by reducing the risk to the development of a CTR and improving safety, reliability and affordability. This is to be achieved by defining and validating through pilot-in-the-loop simulation, an advanced Flight Control System (FCS) meeting all the requirements for commercial flight. The aircraft used in the project is the Agusta concept ERICA (Enhanced Rotorcraft Innovative Concept Achievement).

The Flight Science & Technology Research Group at the University of Liverpool is involved in several key aspects of this project: