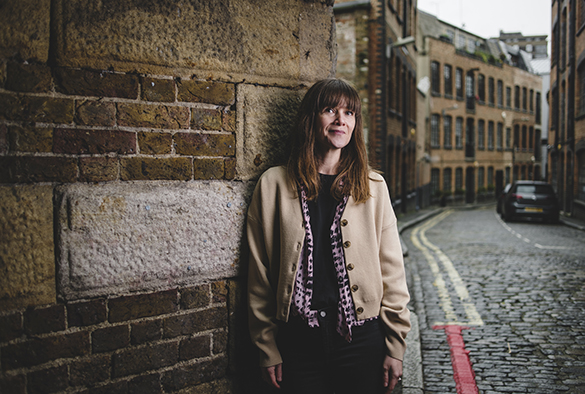 Dr Sophie Oliver, from the University of Liverpool’s Department of English, is one of the ten ‘New Generation Thinkers’ selected by BBC Radio 3 and the Arts and Humanities Research Council (AHRC) for 2020.

Dr Oliver said: “I’m really excited about this opportunity to develop my research into radio.

“I’m looking forward to talking about women writers and how they thought with clothes, and about a dress that once belonged to the author Jean Rhys and now belongs to me.”

Throughout the year, Dr Oliver and the rest of the new cohort will work with BBC producers to develop their ideas to showcase a vibrant mix of research from across the arts and humanities that organisers hope will capture the public imagination.

This year marks the tenth anniversary of the scheme, during which 100 early career arts and humanities researchers have had unique access to training and support from AHRC and the BBC. New Generation Thinkers alumni have gone on to become prominent public figures in their field as well as the face of major documentaries, TV series, and regular figures in public debate.

Professor Andrew Thompson, Executive Chair of the AHRC, said: “Since 2010 the New Generation Thinkers scheme has developed ten groups of academics to bring the best of university research and scholarly ideas to a broad audience through media and public engagement.

“Now, more than ever, we need to share the rich and diverse array of research in the world of arts and humanities with the public and open the window to a world of research that will amaze and engage.”

Alan Davey, Controller at BBC Radio 3, said: “At Radio 3 we want as many people as possible to have life enhancing cultural experiences, especially in these extraordinary times.

“Looking to the future, I can’t wait to hear what new ideas and research this year’s cohort will bring to our listeners in the Free Thinking discussions and Essays we broadcast for BBC Radio 3 and the Arts & Ideas podcast. I hope their experience of working with us on shaping ideas feeds into their teaching and helps them reach a wider public.

The New Generation Thinkers scheme is one of the major ways the AHRC engages the public with inspiring research from across the UK, as well as leading the way for other arts and humanities researchers to get into public engagement.

Previous University of Liverpool New Generation Thinkers include Professor Sandeep Parmar and Professor Sarah Peverley, from the Department of English.