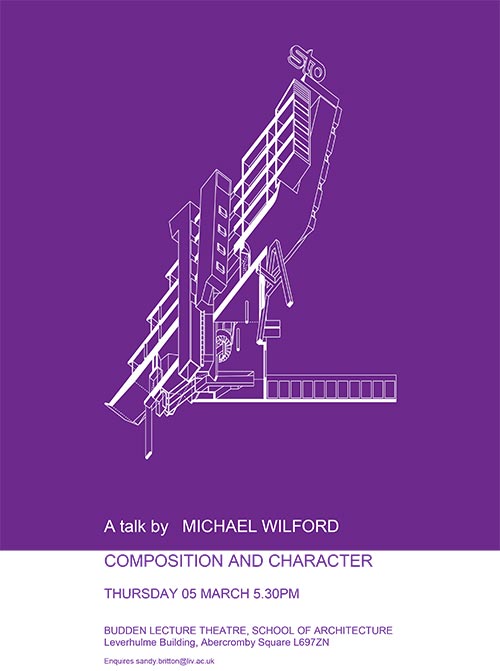 ‘Composition and character are primary aspects of the art of architecture and determinants of the organisation, form and tectonics of buildings. Their consideration is fundamental to the practice of architecture. My presentation will describe the architectural objectives and strategies to achieve them, as set out in the recently published monograph. (Michael Wilford  Selected Buildings and Projects 1992-2012 published by artifice books)  I will use drawings and photographs of a variety of architectural projects (both finished buildings and competition designs) prepared over the last two decades as examples to demonstrate how these aspects has influenced and supported them

In 1960 Michael Wilford joined the practice which James Stirling created in 1956.

These projects have won many architectural awards, the most recent including The Royal Fine Art Commission Building of the Year Award in 2001 for The Lowry performing and visual arts centre in Salford, England.

Michael Wilford studied at a predecessor to the Cass School of Architecture in the 1950s.

More information about Michael Wilford and his projects : www.michaelwilford.com