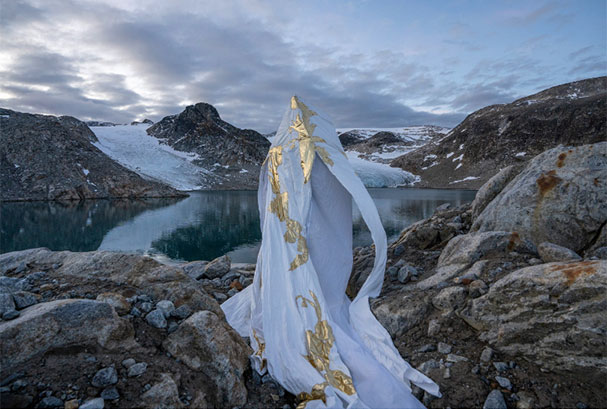 She will be sharing an overview of her multi-disciplinary practice and highlight her new series of wearable sculptures that she recently took with her to Svalbard, 10 degrees south of the North Pole, as part of The Arctic Circle, a prestigious art and science residency programme on-board a Barquentine tall ship.

Stephanie Imbeau received her MFA from Newcastle University in 2007 and a BFA from The Ohio State University in 2004. Her ambitious outdoor umbrella installations have been staged all around the world; including her competition winning piece for Channel 4, Shelter, staged in London (2009), as well as for Cannes Lions Festival; the Light City festival in Baltimore, MD; and WAVE Light + Water + Sound festival in Breckenridge, CO. In addition to her large-scale installations, her sewn drawings and ceramic works have been exhibited in Germany, France, England, Greece, and the United States. Imbeau has also been awarded a number of residencies around the world.