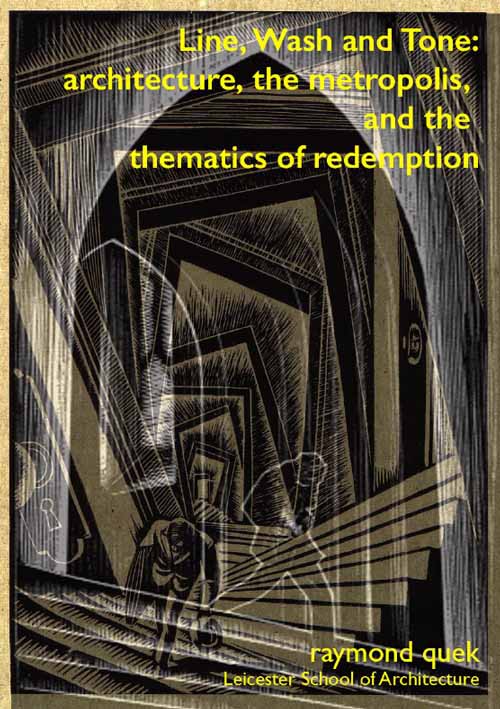 Whilst the image of the modern city has been fairly well circumscribed in traditional circles, scholarship on the same with regard to graphic narrative and its relationship to architecture has only begun to emerge in recent years. When Peter Cook, one of the original members was asked what inspired the architecture of Archigram, his reply was: "American Comics!" The Graphic Novel, or Graphic Narrative, aka 'comics', has typically been set in the modern metropolis as 'drawn theatre' where the city is not only the backdrop but is itself the subject of caricature, a technique where essences and deformities are revealed. This talk explores issues in the representation of the city from the woodcuts of Masereel & Ward, to the early/mid 20c graphic cities in the work of Will Eisner, from which the DC/Marvel Universes derive, and connects these forms of fiction to problems manifest in cultural modernity. In particular, this talk will explore the thematic of redemption of the modern city through graphic narratives, through ideas that the Greeks referred to as energeia, enargeia and entelecheia.

He has published, Nationalism and Architecture (Ashgate) as lead editor, and has a sole authored book, Fiction • Image • Tone: Architecture, and the Metropolis Witnessed (Routledge), which includes content from this lecture, is due for release soon.