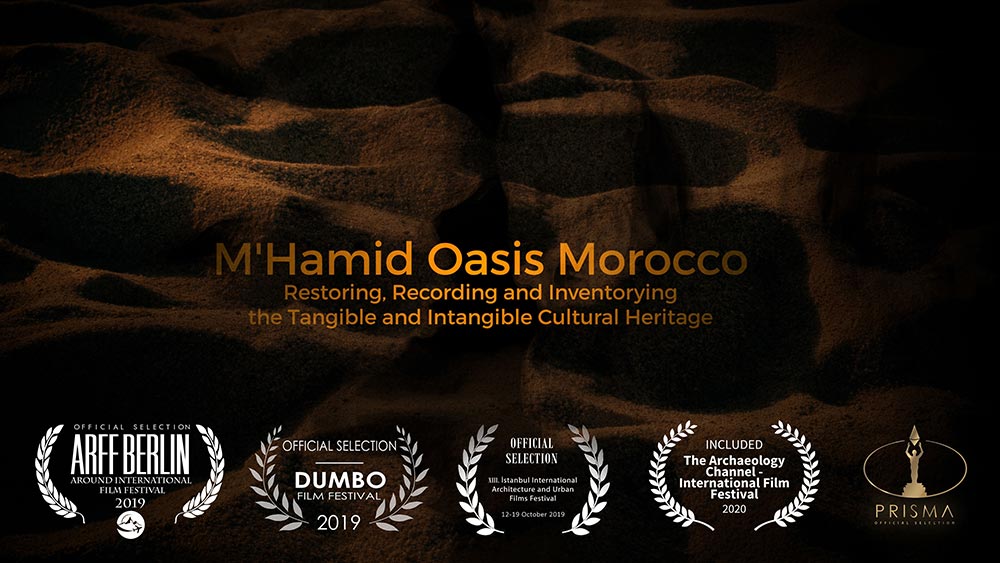 A Film Directed by: Monika Koeck

The film M’Hamid Oasis Morocco documents the restoration and recording work undertaken by an international team of researchers and volunteers in M’Hamid, the most remote oasis of the Draa Valley, at the edge of the Sahara Desert.

In 2019, the ArCHIAM Centre (University of Liverpool) and the NGO Terrachidia (Spain) joined forces in an “Earthen Architectural Heritage Workshop” in M’Hamid. Involving the local community as well as architects, engineers and earthen architecture enthusiasts from around the world, the team restored and documented the oasis’ endangered cultural heritage. The workshop provided also an opportunity for local young people to get training in earth building techniques, which otherwise would be forgotten, directly from master builders.

The film features Ouled Youssef, a South-Moroccan traditional fortified settlement, and the Marabout of Sidi Abdellah Khalifa, the burial place of a man held in great respect by the local community. Government and conservation bodies have so far overlooked the geographical and historical importance of the M'Hamid Oasis, as the first inhabited place that merchants travelling across the Sahara would encounter, as well as its heritage values. Erosion caused by sand storms and desertification, alongside abandonment following the population’s emigration due to lack of jobs, contribute to the relentless dilapidation of the oasis’ villages. Besides, the rich intangible heritage made of music, dance, poetry, culinary traditions, textile crafts and earthen building techniques is in danger of disappearing.

The film creates awareness of the cultural significance of this place and its struggle for survival, while highlighting its tourism potential.